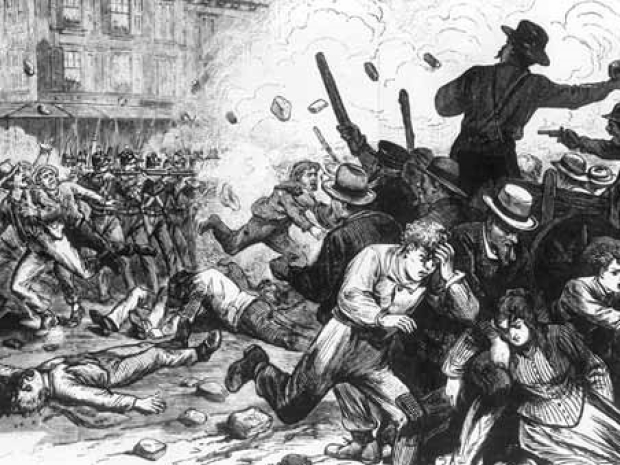 Come and see the violence inherent in the system

Apple workers in Towson, Maryland have voted to form the first-ever trade union at one of Apple's US stores.

The landmark union election concluded with 65 workers voting for the unionisation and 33 against it, a nearly two-to-one margin in favour according to a preliminary tally from the National Labour Relations Board.

The victory for union organiers at the Apple store in the Towson Town Center, a mall near Baltimore, comes amid a broader wave of workplace activism that has emerged in the wake of the Covid-19 pandemic. Normally Apple workers are docile creatures putting up with what ever the cargo cult demands of them.  But things have changed more strongly in favor of workers over the past two years. There are now roughly twice as many job openings as there are unemployed people looking for work, meaning that even Apple is short staffed.

Employees who might like the idea of working for the outfit are more more willing to demand better working conditions, including through unionisation.

Christie Pridgen, a technical expert at the store and one of the organisers said the major issue driving the organizing vote was workers wanting to have a say in the way the store is run.

Pridgen, 34 has been working at the store for more than 8 years. "Compensation is important, considering the cost of living in general and inflation, but the bigger thing is having a say," she said.

Pridgen said workers having a say in hours and scheduling and being involved in establishing safety protocols during the pandemic were the big issues. "We wanted a say in the policies that affect our lives," she said, adding that she wasn't surprised by the outcome of the vote, but was relieved.

"I knew I wasn't alone in being frustrated," she said.

Last modified on 20 June 2022
Rate this item
(0 votes)
Tagged under
More in this category: « Objecting to Musk will get you fired Penny processors are finally with us »
back to top