Wisconsin worried it might have to foot Foxconn bill 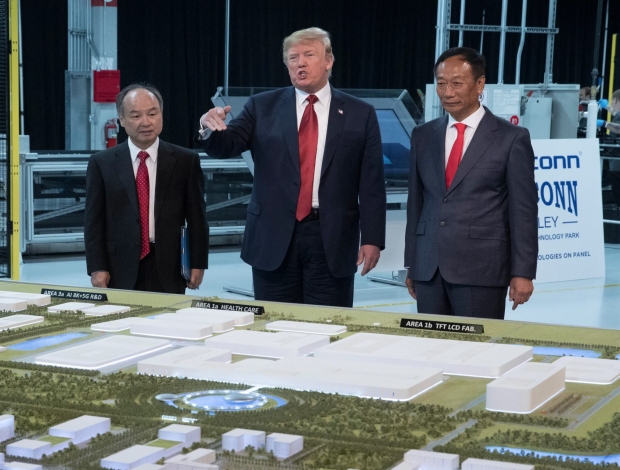 For five years, Foxconn failed to build a much-hyped sprawling factory in Wisconsin and now local politicians fear that they will be saddled with a $300 million a year bill to maintain a site that the outfit walked away from.

According to the Wall Street Journal, Foxconn agreed to pay $36 million annually across a 20-year term to pay for the surrounding infrastructure supporting the now-abandoned 3,000-acre site. Those payments are scheduled to start next tax year, and local leaders told the newspaper they're counting on Foxconn's cash to maintain the site while they try to attract another occupant.

However, no one is particularly interested in the site. Intel was considering Wisconsin because it was close to Racine.

The other option to cover the costs would be a total Foxconn pullout, which state officials said would let the government sell the land, assessed at a value of over $500 million. However that would mean Foxconn paying $300 million to cover bonds for the infrastructure, but it seems that deal is in tatters, and it is not clear if the money will be paid.

Wisconsin was hailed by President Donald Trump as proof he was reviving US manufacturing but did not create enough jobs and Foxconn rapidly lost interest in the project.

Last modified on 27 May 2022
Rate this item
(3 votes)
Tagged under
More in this category: « Democrats might abandon big tech constraints Russia mulls joining cryptocurrency scheme »
back to top