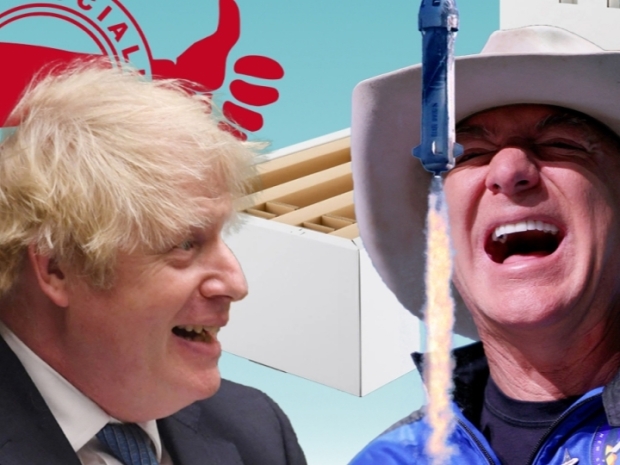 Still a bit iffy on paying tax in the country

The UK government seems to have no problem awarding Amazon lucrative contracts, despite criticism that the outfit’s efforts to avoid paying tax.

Amazon scored £425 million in UK government contracts in the past two years, according to a report, by the Centre for International Corporate Tax Accountability and Research (CICTAR) with assistance from investigative thinktank Taxwatch.

The report found that Amazon’s cloud computing business is increasingly being indirectly supported by taxpayers through hundreds of billions of dollars in government contracts around the world.

In the UK, Amazon benefited from £250 million of government contracts in 2020 – up from zero in 2014 and less than £25 million in the four subsequent years according to CICTAR. That was more than 10 times the level of corporation tax paid by the group’s main British subsidiaries that year.

Another £175 million of government contracts were booked in 2021. Figures for the corporation tax paid for last year are not yet available.

George Turner, the Taxwatch executive director, said: “Amazon’s history of tax avoidance is very well known but despite this, the company has managed to bag a huge increase in revenue from the work it does for the government.

“At the very least taxpayers will want some reassurance that their money is spent on companies that are transparent about their tax affairs and demonstrate that they do not use artificial structures to reduce their tax bill.

Amazon said that the “calculations are misleading and do not include the bulk of our business. Comparing a contract value over many years, to an incorrect corporation tax figure for a single year is highly misleading.”

An Amazon spokesperson said: “We are investing heavily in creating jobs and infrastructure across the UK – more than £32 billion since 2010. This continued investment helped contribute to a tax contribution of £1.55 billion during 2020 – £492 million in direct taxes and £1.06 billion in indirect taxes.”

The £492 million in “direct taxes” – up from £293 million a year earlier – includes employer’s national insurance, business rates and stamp duty and corporation tax.

The company added that UK government departments using AWS were: “enjoying cost savings of up to 60 per cent.”

A spokesperson said: “Public sector organisations in the UK use the UK branch of AWS Europe which registers its sales in the UK and pays all applicable taxes, due on its profits, directly to HMRC.”

Last modified on 24 May 2022
Rate this item
(2 votes)
Tagged under
More in this category: « HPC will be virtualised Activision Blizzard illegally threatened staff »
back to top