US Army could waste $22 billion on Voleware 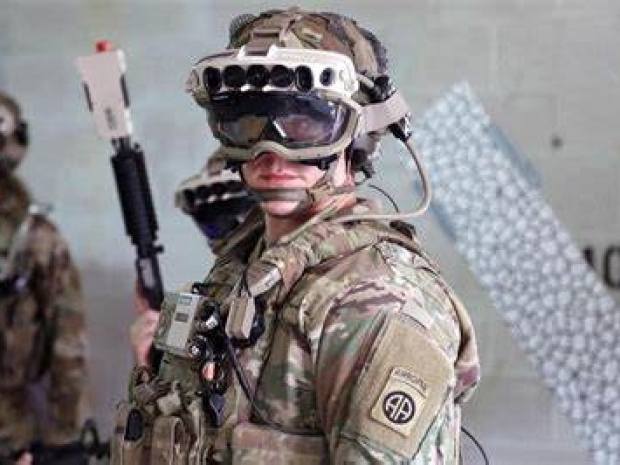 The US Army could end up wasting much as $22 billion in taxpayer cash on Microsoft HoloLens headsets which soldiers don’t want and can’t use as intended.

In 2018, the American military spent $480 million on 100,000 prototype augmented-reality goggles from Redmond to see how they could help soldiers train for and fight in combat. The Integrated Visual Augmentation System (IVAS) project was expanded when the Army decided it wanted the Windows giant to make custom, battle-ready AR headsets in a ten-year deal worth up to $22 billion.

However, the project was delayed and might make an appearance this year. But the US Dept of Defense's Office of the Inspector General (OIG) cast some doubt on whether it was worth it.

"Procuring IVAS without attaining user acceptance could result in wasting up to $21.88 billion in taxpayer funds to field a system that soldiers may not want to use or use as intended," the Pentagon oversight body wrote in an audit report this month.

The heavily redacted report did not reveal soldiers' responses to the prototype testing, but it said feedback from surveys showed "both positive and negative user acceptance."

The Army plans to purchase 121,500 IVAS units from Microsoft while admitting that "if soldiers do not love IVAS and do not find it greatly enhances accomplishing the mission, then soldiers will not use it," the report disclosed.

A Microsoft spokesperson said that it was developing IVAS to be a transformational platform that will deliver enhanced soldier safety and effectiveness."

Assistant secretary of the Army for acquisition, logistics and technology, Douglas Bush said the $21.88 billion was double what the military would likely at most spend, and was a worst-case scenario figure.

Last modified on 26 April 2022
Rate this item
(1 Vote)
Tagged under
More in this category: « Russia fines Meta for not persecuting gays Apple hires union busting lawyers »
back to top