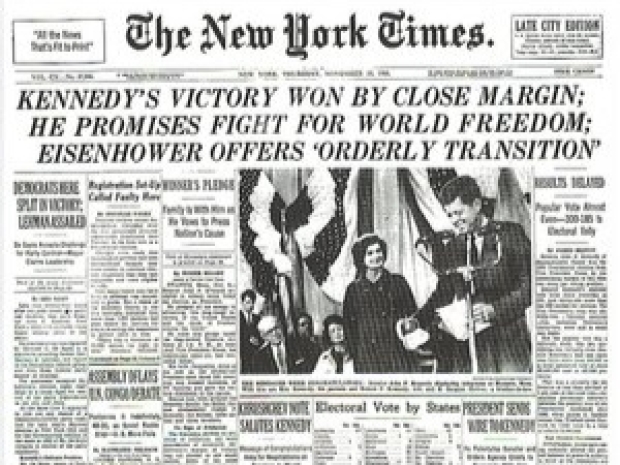 Apples are not the only fruit

On March 20, 2022, the New York Times published a 14,000-word puff piece on cryptocurrencies, both online and as an entire section of the Sunday print edition.

The “reporter” Kevin Roose, wrote that it aimed to be a "sober, dispassionate explanation of what crypto actually is", however those who have sounded the alarm about how it is basically a ponzi scheme for the very stupid say the article is a free advert.

Writing in her blog Molly White said the thinly-veiled advertisement for cryptocurrency that appeared to have received little in the way of fact-checking or critical editorial scrutiny.

“It uncritically repeated many questionable or entirely fallacious arguments from cryptocurrency advocates, and it appears that no experts on the topic were consulted, or even anyone with a less-than-rosy view on crypto. This is grossly irresponsible,” White wrote.

In her blog she has done a line by line take down of the article which shows the sort of rubbish the New York Times has been peddling. We had a look, and the fact a reporter used an exclamation mark and spelt out the number 20 set red flags flying as it reads like marketing rather than journalist style.

“Crypto! For years, it seemed like the kind of fleeting tech trend most people could safely ignore, like hoverboards or Google Glass. But its power, both economic and cultural, has become too big to overlook. Twenty percent of American adults, and 36 percent of millennials, own cryptocurrency, according to a recent Morning Consult survey.”

A quick search show that he does exist and this was not written by a marketing department pretending to be a reporter but one has to wonder when he writes:

“I’ve been writing about crypto for nearly a decade, a period in which my own views have whipsawed between extreme skepticism and cautious optimism. These days, I usually describe myself as a crypto moderate, although I admit that may be a cop-out.”

This was the guy who in August 2021 wrote about the "Pudgy Penguins" NFT project. The article lent the project legitimacy and pumped the price before the group later attempted to scam a prospective buyer of the company. For a “crypto-moderate” Roose writes rather positively about crypto projects.

Roose has publicly advocated for journalists who write about crypto to be able to buy and sell cryptocurrencies and NFTs, despite himself acknowledging the "strong biasing effect" it would have and that the traditional finance equivalent of this behavior is prohibited by most reputable publications. He holds the cryptoroose.eth ENS domain (which he bought in October for $21... plus another $136 in transaction fees).

In another part of the article Roose links to his own article about overnight Dogecoin millionaires which tells the story of Glauber Contessoto, who took all his savings and borrowed money to put ~$250,000 into Dogecoin, and was boasting holdings worth $2 million when this article was written in May 2021—which was also when Dogecoin reached its high of around $0.70.

Dogecoin is currently priced at around $0.12 and the "Dogecoin millionaire" is back to being a hundred-thousand-aire who serves to inspire others to make enormously risky decisions and hold their positions beyond all reason. Roose failed to mention this.

Readers have commented on my description of Bitcoin as a ponzi scheme. However, while there are few things wrong with the idea of Bitcoin as a currency, the main news about it is how people have used it to get rich. Basically, you take a position and then you spend your life trying to will the price up by convincing others that the value of Bitcoin will increase. If the price falls you flood social networking sites by saying “now is a good time to buy.” The enemy is always those in the media who point out that is a scam.

Once you reach a profit you are happy with you sell.  Those who start of the ponzi scheme are the clearest winners because they start when the price is about as low as it can get.

It is probably time that the New York Times looked at its technology reporting. For a while it has been an industry joke for its shilling for Apple, but while it is letting a person who clearly has an interest in talking up different bitcoins being given permission by his editors to write a 15-page advertisement for his favourite coins. If you think that the New York Times policy is safe as readers will be intelligent enough to spot the difference, just remember this newspaper has given credibility to Apple since the beginning with its free adverts.

Last modified on 28 March 2022
Rate this item
(2 votes)
Tagged under
More in this category: « Apple claims to have fixed software bug in iMessage service Craftsart Cartoon Photo Tools steals your face »
back to top