Steve Ballmer admits: “I am Chicken” 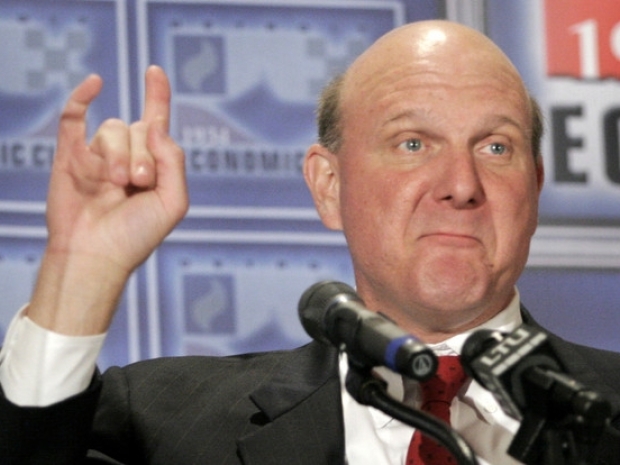 He really is shy and retiring

The shy and retiring former CEO of Microsoft Steve [sounds of silence] Ballmer has admitted that the Inquirer and Fudzilla were right about him all along and he is really an introvert and a “bit chicken.”

The former Microsoft CEO was interviewed by one of his former Los Angeles Clippers players -- Serge Ibaka -- on a show called How Hungry Are You and was asked “when are you going into space.

"Jeff Bezos went to space. When are you going to space?" asked Ibaka.

Ballmer said he was surprised that Bezos had embraced space. One or two people may be surprised that Ballmer embraces chickenhood. However, those of us who reported on Ballmer during his “loud-sounding” rule at Vole.

While Ballmer was running around making people’s ears bleed, Vole was inherently conservative that used its market power to muscle customers into submission. Microsoft was defensive and not really into change.

While under Ballmer, Microsoft did not lose ground, Ballmer was too chicken to push into new areas and effectively lost ground to Apple with technology it had already invented.

Last modified on 24 March 2022
Rate this item
(0 votes)
Tagged under
More in this category: « Lapsus$ attacks traced to a 16-year-old Oxford boy Nvidia wants to team up with Intel »
back to top