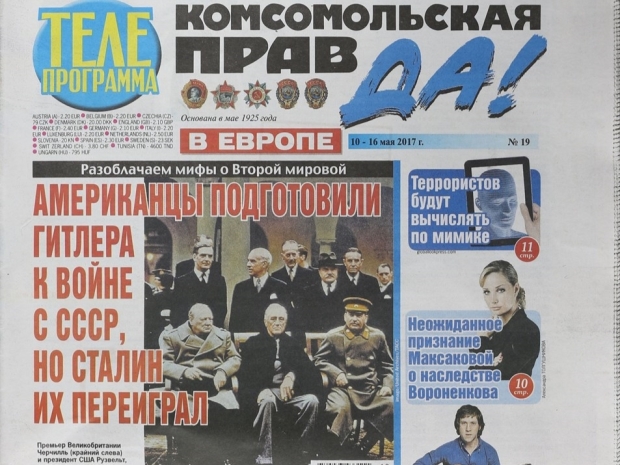 We are sorry this will not happen again

Russian media has apologised for publishing an accurate death toll from the Ukraine war and blamed hackers for the mistake.

For a while now Russian media has been publishing stories about 498 servicemen had been killed and 1,597 wounded.  This flies in the face of NATO reports that at least 7,000 Russian soldiers have been killed. Ukraine, which is hardly going to be more reliable than Russian figures claims that 15,000 Russians have died.

Then yesterday an online article on the site of mass-market paper Komsomolskaya Pravda quoted the Russian defence ministry as saying 9,861 Russian servicemen have been killed and 16,153 wounded in what Moscow calls its special military operation in Ukraine.  A figure which seems pretty reasonable, but exactly not the sort of information Tsar Putin wanted to get out.

Those figures had been removed from a version of the same article visible on the website. Instead, an advisory said: "On March 21, access to the administrator interface was hacked on the Komsomolskaya Pravda website and a fake insert was made in this publication about the situation around the special operation in Ukraine. The inaccurate information was immediately removed."

The story is unlikely. A Ukrainian supporting hacker is hardly going to push a figure which is below what Ukraine itself claims, or one which seems fairly likely.

Kremlin spokesman Dmitry Peskov said he had no information on casualty figures, we guess in his job he would probably not want to know.

Komsomsolskya Pravda is among Russian media which have loyally followed President Vladimir Putin's line that Moscow is pursuing a special operation in Ukraine to demilitarise and "denazify" the country - an argument rejected by Ukraine and the West as a false pretext to invade a democratic country. Still truth is the first casualty of war.