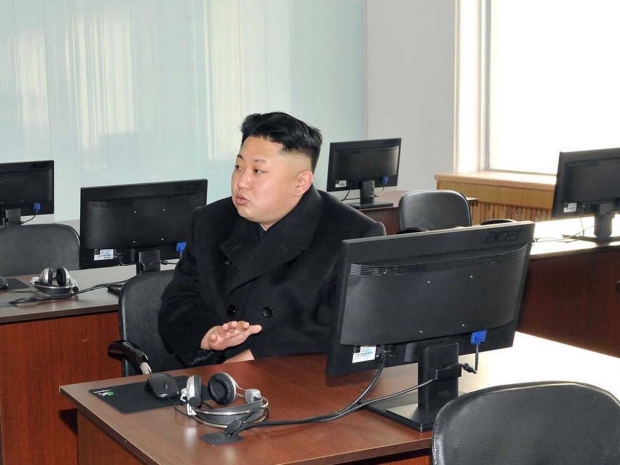 Hacked off that the US authorities were not doing enough to stop North Korean hackers attacking security experts, a solitary hacker switched off North Korea’s internet to show them who was boss.

For the past two weeks, observers of North Korea's strange and tightly restricted corner of the internet began to notice that the country seemed to be dealing with some serious connectivity problems. On several different days, practically all of its websites -- the notoriously isolated nation only has a few dozen -- intermittently dropped offline en masse, from the booking site for its Air Koryo airline to Naenara, a page that serves as the official portal for dictator Kim Jong-un's government.

At least one of the central routers that allow access to the country's networks appeared at one point to be paralysed, crippling the Best Korea’s digital connections to the outside world.

Apparently, the attack was masterminded by a US security expert working on his own. The independent hacker who goes by the handle P4x was hacked by North Korean spies. P4x was just one victim of a hacking campaign that targeted Western security researchers with the apparent aim of stealing their hacking tools and details about software vulnerabilities.

He managed to prevent those hackers from swiping anything of value from him but was rather miffed that state-sponsored hackers had targeted him personally -- and by the lack of any visible response from the US government.

After a year of letting his resentment simmer, P4x launched some attacks of his own.

He told Wired that he used largely automated his attacks on the North Korean systems, periodically running scripts that enumerate which systems remain online and then launching exploits to take them down.

“For me, this is like the size of a small-to-medium pentest,” P4x says, using the abbreviation for a “penetration test,” the sort of white hat hacking he's carried out in the past to reveal vulnerabilities in a client's network. “It's pretty interesting how easy it was to actually have some effect in there.”

Last modified on 03 February 2022
Rate this item
(3 votes)
Tagged under
More in this category: « Intel failing to wow Wall Street Apple must be stopped says Microsoft »
back to top