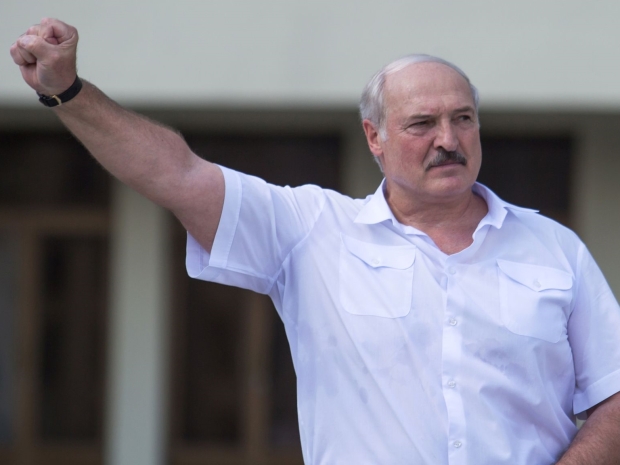 A  collective of hackers in Belarus have infected the network of the country's state-run railroad system with ransomware and would provide the decryption key only if Belarus President Alexander Lukashenko stops aiding Russian troops ahead of an invasion of Ukraine.

The group calls itself Cyber Partisans and said: "BelZhD, at the command of the terrorist Lukashenko, these days allows the occupying troops to enter our land. As part of the 'Peklo' cyber campaign, we encrypted the bulk of the servers, databases and workstations of the BelZhD in order to slow down and disrupt the operation of the road. The backups have been destroyed."

The group also announced the attack on Twitter. While ransomware attackers are rarely the good guys, it is a very brave hacker who decides to take on the strongman Alexander Lukashenko.

A representative from the group said in a direct message that the Peklo cyber campaign targets specific entities and government-run companies with the goal of pressuring the Belarus government to release political prisoners and stop Russian troops from entering Belarus to use its ground for the attacks on Ukraine.

"The government continues to suppress the free will of Belarusians, imprison innocent people, they continue to unlawfully keep... thousands of political prisoners, The major goal is to overthrow Lukashenko's regime, keep the sovereignty and build a democratic state with the rule of law, independent institutions and protection of human rights."

The representative said that besides ticketing and scheduling being disrupted, the cyberattack also affected freight trains.

Russia has been sending military equipment and personnel by rail into Belarus, which shares a border with Ukraine. @belzhd_live, a group of Belarus Railway workers that tracks activity on the 5,512-km railway, said that in a week's time, more than 33 Russian military trains loaded with equipment and troops had arrived in Belarus for joint strategic exercises there.

The worker group said at the time that it expected a total of 200 so-called echelons to arrive in the coming days.

Last modified on 25 January 2022
Rate this item
(2 votes)
More in this category: « UGREEN HiTune X6 ANC Earbuds Immerse Yourself in the Moment Meta builds AI supercomputer »
back to top