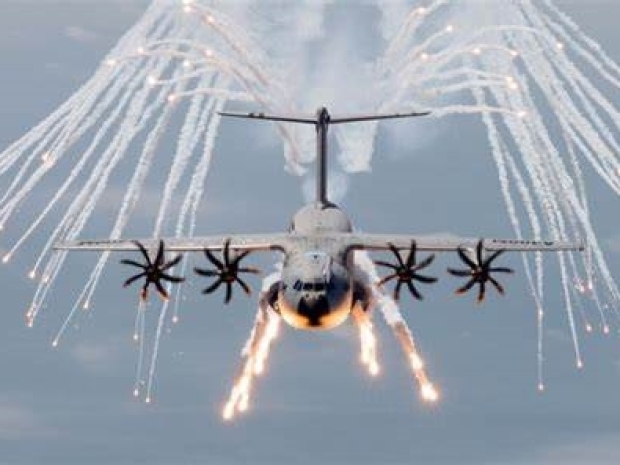 What could go wrong

FedEx has applied to the FAA seeking approval to install a laser-based, anti-missile defense system on its cargo planes as an added safety measure.

Apparently, it is a little worried that terrorists with the right military equipment, a single person can target a plane from three miles away using a heat-seeking missile.

FedEx's request to the Federal Aviation Administration, filed on 4 January has been a long time in the making. In 2008, the company worked with Northrop Grumman to test its anti-missile laser-based defence systems on 12 of the shipping company's cargo planes for over a year. At the time, Northrop

Grumman announced that its "system is ready to be deployed on civilian aircraft," although no commercial orders had been placed at the time, according to a company spokesperson.

FedEx's application to the FAA (PDF) to allow it to install and use anti-missile systems on its Airbus Model A321-200 cargo planes doesn't specifically mention Northrop Grumman's hardware, so the shipping company could now be working with another company, but the proposed hardware is basically the same as what was tested back in 2008.

In the application document, which is "scheduled to be published in the Federal Register on 18 January" FedEx cites "several incidents abroad" where "civilian aircraft were fired upon by man-portable air defence systems" which are nearly impossible to detect given their range of operation, but undoubtedly a serious threat when operating aircraft in some parts of the world.

The biggest problem with FedEx's application seems to be that the FAA's "design standards for transport category airplanes did not envisage that a design feature could project infrared laser energy outside the airplane" and that the "FAA's design standards are inadequate to address this capability."

The defense system is being considered a "novel or unusual design feature" and as such will be subjected to several special safety regulations given how dangerous intense infrared light can be to the skin and eyes of "persons on the aircraft, on the ground, and on other aircraft."

These regulations will include the ability to completely disable the system while the aeroplane is on the ground to prevent "inadvertent operation," a design that prevents inflight use from ever damaging the aircraft itself or risking the safety of the crew and passengers, even in the event of a system failure or accidental operation. They also require extensive markings, labels, warnings, and documentation for everyone from maintenance staff to ground crew, to pilots, warning them of the laser's class and risks, including an addendum to the flight manual explaining the complete use of the system.