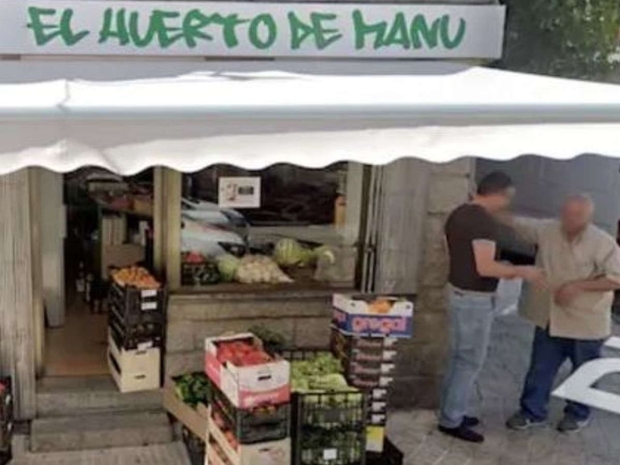 Had been on the run for 20 years

An Italian mafia boss on the run for 20 years was tracked down to a Spanish town after being spotted on Google Street View.

Gioacchino Gammino, a convicted murderer listed among Italy's most wanted gangsters, was arrested in Galapagar, a town near Madrid, where over the years he had married, changed his name to Manuel, worked as a chef and owned a fruit and vegetable shop.

Sicilian police carried out several investigations in their search for Gammino, 61, and a European arrest warrant was issued in 2014. The fugitive was traced to Spain, but it was Google Street View that helped to pinpoint his precise location.

The navigation tool, accessible through Google Maps, had captured an image of two men chatting outside a fruit and vegetable shop called El Huerto de Manu, or Manu's Garden, in Galapagar. Police believed one of the men closely resembled Gammino, but his identity was only confirmed when they came across a listing for a nearby restaurant called La Cocina de Manu or Manu's Kitchen.

The shop and the restaurant are now closed, but the police found a photo of Gammino, dressed in his chef's garb, on a still-existing Facebook page for La Cocina de Manu.

He was recognisable by the scar on the left side of his chin. The restaurant's menu included a dish called Cena Siciliana or Sicilian dinner.
Gammino was arrested on 17 December but the details surrounding his capture did not become known until they were reported by La Repubblica.Upon his arrest, Gammino told coppers: "How did you find me? I haven't even called my family for 10 years!"

Last modified on 06 January 2022
Rate this item
(3 votes)
Tagged under
More in this category: « ASML fire sparks chip shortage fears FAA backs down over US telcos 5G requests »
back to top