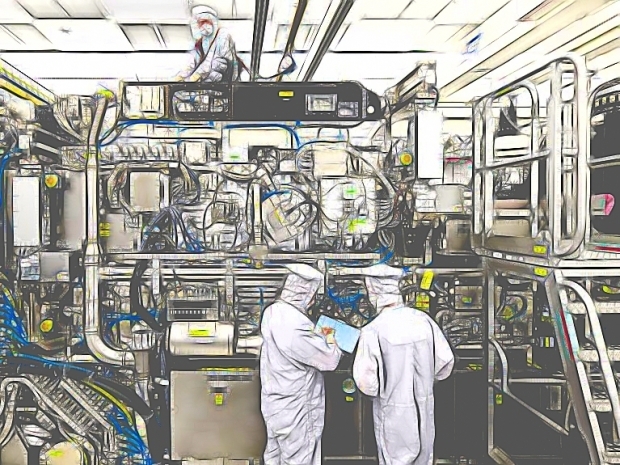 ASML reported a fire at its factory in Berlin, Germany and while no one was hurt and the fire was put out there are fears that the incident could exacerbate the current global computer chip shortage.

ASML said it was too early to make any statement on the damage or whether the incident will have any impact on the output plan for this year.

“It will take a few days to conduct a thorough investigation and make a full assessment. As soon as we have such assessment, we will provide an update,” the company said.

For those not in the know, ASML is the world's largest supplier of photolithography systems, the machines used to manufacture integrated circuits. Its units -- which cost tens of millions of dollars -- use lasers to etch components into blank silicon wafers, to within an accuracy of nanometres.

Berliner Glas was acquired by ASML in 2020, and says that over "1,200 employees" work at the firm, now known as ASML Berlin, developing and producing several key components for ASML lithography systems, including wafer tables and clamps, reticle chucks and mirror blocks.

These are key components for extreme ultraviolet (EUV) and deep ultraviolet (DUV) systems. EUV which helps ASML's semiconductor-making clients print chips in much finer detail and at a lower cost, is seen as one of the drivers behind the firm's predictions of a $1 trillion semiconductor industry by 2030. The Dutch firm's customers include TSMC and Intel.

Berlin's fire department said an automatic cleaning system had caught fire across an area of 200m2 on the second floor of a three-storey "industrial" building in Waldkraiburger Strasse in Berlin's Britz district in the Neukolln area. Part of the Berlin factory was closed -- but said other parts of the factory were still operating.

Last modified on 05 January 2022
Rate this item
(1 Vote)
Tagged under
More in this category: « Google pays Apple to stay out of search Mafia boss arrested by Google Street view »
back to top