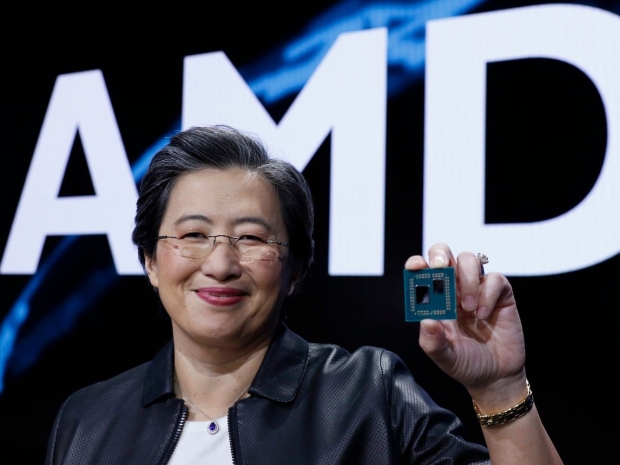 Of course, it is what it looks like in the hands of a CEO rather than under the bonnet of a mobile device, but we expect to get some more details later today.

According to another AMD press release: “New AMD Ryzen 6000 Series processors are the first with integrated graphics performance fast enough for demanding game titles, thanks to new RDNA2 and DDR5 technologies, with AI-audio processing and Microsoft Pluton processor features.”

This confirms Rembrandt will indeed feature integrated graphics based on RDNA 2 and it is rumoured that one of the top-end mobile variants of integrated RDNA 2 is called the Radeon 680M.

The upcoming AMD mobile APUs will be the first microprocessors to feature a Microsoft Pluton security processor that was launched back in 2020. Back then, AMD had stated that "Future Ryzen Products" would be using Pluton and it looks like the feature will finally debut with Rembrandt.

This means that Rembrandt is moving to DDR5 though it does seem like desktop RDNA 2 APUs won't be announced as the Innovation Awards page only says "AMD Ryzen 6000 Series Mobile Processors".

Last modified on 04 January 2022
Rate this item
(1 Vote)
Tagged under
More in this category: « Year 2022 bug hits Microsoft exchange Samsung says it is gunning for Apple »
back to top