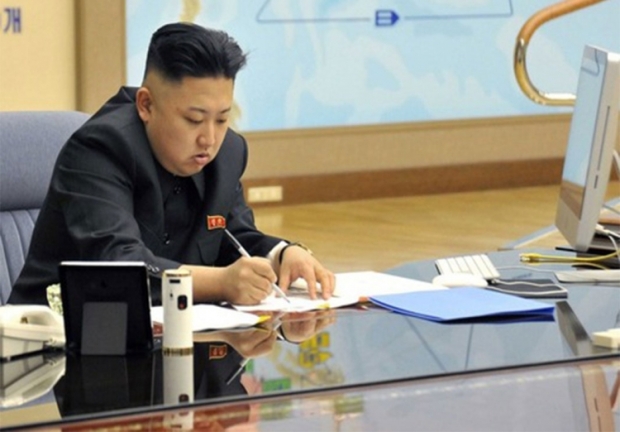 Kim's regime has already taken in as much as $2.3 billion through cybercrimes and is geared to rake in even more, US and United Nations investigators have said.

Cybercrimes have provided a lifeline for the struggling North Korean economy, which has been hobbled by sanctions. Kim has shown little interest in returning to negotiations that could lead to a lifting of sanctions if North Korea winds down its nuclear arms program.

Money from cybercrimes represents about eight per cent of North Korea's estimated economy in 2020, which is smaller than when Kim took power, according to the Bank of Korea in Seoul.

Kim's decision to shut borders because of Covid-19 suspended the little legal trade North Korea had and helped send the economy into its biggest contraction in more than two decades.

Kim's regime has two means of evading global sanctions, which were imposed to punish it for nuclear and ballistic missile tests. One is the ship-to-ship transfer of commodities such as coal: A North

Korean vessel will shift its cargo to another vessel, or the other way around, and both vessels typically try to cloak their identity.

The other is the cyberarmy. Its documented cybercrimes include attempts to steal $2 billion from the Swift (Society for Worldwide Interbank Financial Telecommunication) system of financial transactions.

North Korea has also illegally accessed military technology that could be used for financial gain, according to a UN Security Council panel charged with investigating sanctions-dodging by the government.

Last modified on 24 December 2021
Rate this item
(1 Vote)
Tagged under
More in this category: « Intel warns that unvaccinated workers will be sent home without pay Intel says sorry to China »
back to top