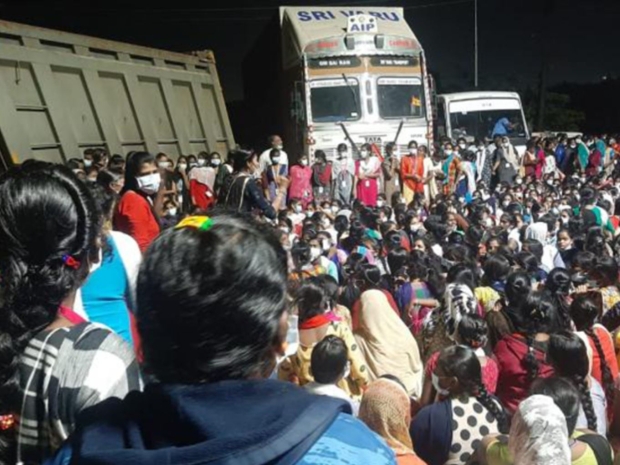 Apparently not a good idea to poison staff

It looks like Apple supplier Foxconn's plant near Chennai in southern India will remain shut this week following protests sparked by a food poisoning incident.

The factory - located on the outskirts of Chennai has been shut since Saturday and will be shut till coming Sunday," said a senior official at the directorate of industrial safety and health in Tamil Nadu, of which Chennai is the capital. Two more senior state officials confirmed the suspension of activities at the factory.

However, police say that the decision to keep the plant shut is the company’s and has not been ordered by anyone.

Police in India on Monday released dozens of those detained for blocking a key highway after the food poisoning incident last week at the Foxconn plant led to 150 employees being admitted to hospital.

The Tame Apple Press has under reported the closures because the plant makes iPhone 12 models. When the story is reported it is usually attached to advertisements about how wonderful Apple is for India, including that Apple is planning to bring the assembly of its iPad tablet to India as it attempts to reduce their reliance on China amid rising Sino-US tensions.

Another story spliced to this one is that Apple is trailing making iPhone 13 models in India.

Employees at the plant that complained of food poisoning and other problems in recent months have been asked to register their problems with the state labour ministry, the officer said.

The unrest at Foxconn is the second such involving an Apple supplier factory in India in a year.

In December 2020, thousands of contract workers at a factory owned by Wistron destroyed equipment and vehicles over the alleged non-payment of wages, causing damages estimated at $60 million after the company appeared to think that paying employees was optional.

Last modified on 21 December 2021
Rate this item
(3 votes)
Tagged under
More in this category: « Facebook insists that US provides enough data protection Mini-brains play Pong »
back to top