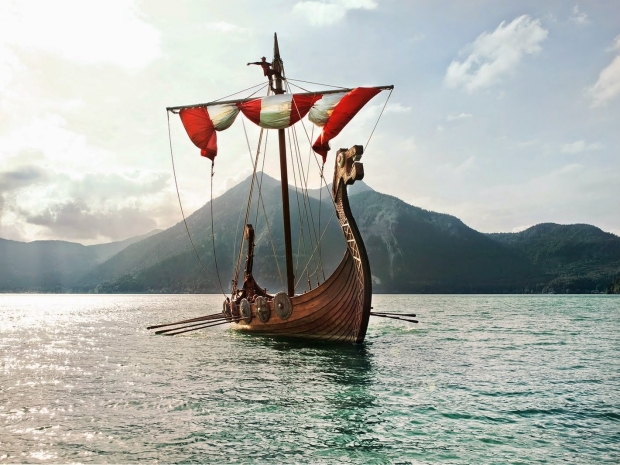 Norway has had zero emission ships before, but they involved rowing by blokes who were powered by rape and pillage.  This ship is electric and does not have a crew member, or a single axe on board.

The Yara Birkeland will move up to 120 containers of fertiliser from a plant in the southeastern town of Porsgrunn to the Brevik port a dozen kilometres (about eight miles) away and will eliminate the need for around 40,000 truck journeys a year that are now fuelled by polluting diesel.

The 80-meter, 3,200-deadweight tonne ship will soon begin two years of working trials during which it will be fine-tuned to learn to manoeuvre on its own.

The wheelhouse could disappear altogether in "three, four or five years", said Holsether, once the vessel makes its 7.5-nautical-mile trips on its own with the aid of sensors.

Project manager Jostein Braaten said: "Quite a lot of the incidents happening on vessels are due to human error, because of fatigue for instance. Autonomous operating can enable a safe journey.”

On board the Yara Birkeland, the traditional machine room has been replaced by eight battery compartments, giving the vessel a capacity of 6.8 MWh -- sourced from renewable hydroelectricity.

The maritime sector, which is responsible for almost three percent of all man-made emissions, aims to reduce its emissions by 40 percent by 2030 and 50 percent by 2050. Despite that, the sector has seen a rise in recent years.

Last modified on 23 November 2021
Rate this item
(1 Vote)
Tagged under
More in this category: « Schleswig-Holstein dumps Vole in favour of open source Apple and Amazon fined over cartel »
back to top