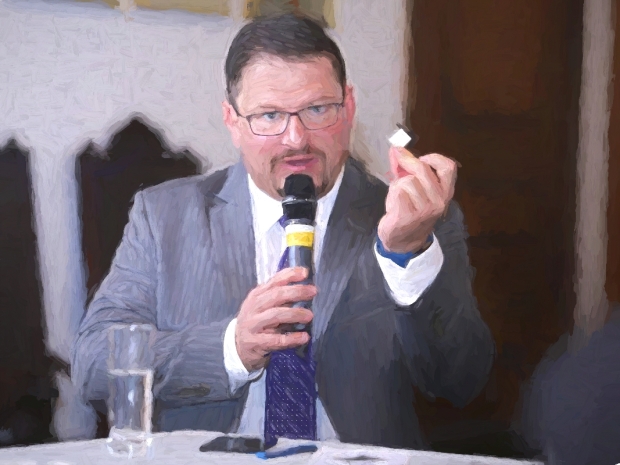 Amon needs to get people to make his chips

The new boss of Qualcomm, Cristiano Amon, is flat out rushing around the world trying to get people to make his chips for him.

While the chip shortage has taken its toll on the industry, Amon has been visiting manufacturers to ask them to make his products.

In the middle of COVID-19 he got permission from the Taiwanese government to arrive in March and then wait through a three-day quarantine. Once he and his team got to the meeting place in a Taipei hotel, they negotiated with counterparts across a large room outfitted with microphones and speakers to communicate.

Amon, who was named CEO in January and officially took over in June, said that while many new CEOs across the business world had to adjust to their roles amid unprecedented pandemic-era restrictions, getting to know key employees without ever meeting them in person and managing offices and business relationships from far away.

However, Amon revels in person-to-person contact and is juggling a cluster of major challenges -- a global chip shortage, a sudden shift in a key market, and an unexpected acquisition opportunity -- while trying to put his own stamp on a company after working there for more than two decades.

He wants to focus on an expansion beyond Qualcomm's core mobile-phone chip business, a shift that began before he took over. "I've been doing many things in parallel, and I want to succeed in them all. I can't afford not to do them because we're in a hurry."

Talking to the Wall Street Journal, Amon said he didn’t have a lot of time to settle into the job. Shortly before getting the nod, he had a bout with COVID-19, which he contracted around Christmas. Once recovered, he resumed globe-trotting to stay ahead of a crippling chip supply crunch that raised prices for electronics and hampered production of everything from cars to home appliances to PCs.

That shortage, which he predicts will ease in the first half of 2022, put Qualcomm in a tricky position. While the company designs communications and data-processing chips, it relies on others to manufacture them, which means it doesn’t fully control its destiny. Securing manufacturing capacity is critical to Amon’s longer-term aspiration of getting Qualcomm’s chips into more cars, drones and other devices.

He said that Qualcomm was also vying for a bigger share of the mobile chip market in China. That battle intensified in the past year after US restrictions on Huawei Technologies crippled the Chinese telecommunications giant. Huawei made many of its own chips, while the companies vying to gobble up its market share sourced from Qualcomm and its competitors.

To encourage suppliers to boost Qualcomm’s manufacturing capacity, Amon made moves uncommon in the industry, agreeing to pay in advance for supplies and entering into contracts that are longer than typical. Mr. Amon said he felt heat from Qualcomm customers concerned about the chip shortage, even from users of its products that don’t buy directly from the company.

“I cannot find a customer that we’re not getting pressure from directly and indirectly,” he said. “It is a pressure cooker right now.”

Last modified on 12 October 2021
Rate this item
(2 votes)
More in this category: « Microsoft investigated by EU UK government has another go at censoring the internet »
back to top