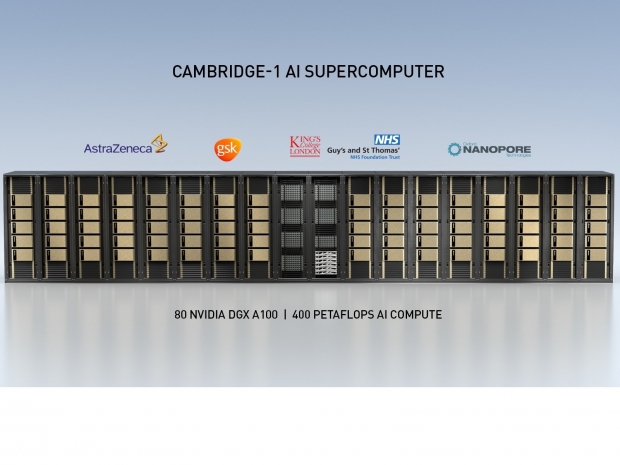 Nvidia is spending at least $100 million on a supercomputer in the United Kingdom in a move to show the UK authorities how committed it is to the country now that it wants to own Arm.

Speaking at The Six-Five Summit, CEO Jensen Huang said Nvidia will spend "$100 million, just as a starting point" on the Cambridge-1 supercomputer.

Nvidia had said in October it planned to spend 40 million pounds, or about $55.6 million, on the project.

Nvidia is in the process of acquiring ARM for $40 billion from Japan's SoftBank. The deal faces pushback from Nvidia's rivals and is under regulatory scrutiny in the United Kingdom, the United States and Europe.

To show its commitment to ARM's UK operations, Santa Clara, California-based Nvidia said in October it was building the UK's most powerful supercomputer in Cambridge, where ARM is headquartered, to focus on solving healthcare and artificial intelligence problems.

At The Six-Five summit, Huang was asked about Nvidia's investment plans in the United Kingdom during a joint interview with ARM Chief Executive Simon Seagars.

"Cambridge-1, that supercomputing centre is, call it a $100 million, just as a starting point", Huang said. "I mean, it's a big investment. It is the most powerful supercomputer in the UK, and researchers are super excited about it."

Last modified on 18 June 2021
Rate this item
(1 Vote)
Tagged under
More in this category: « Google wants to increase Linux security Google moves to AMD on cloud »
back to top