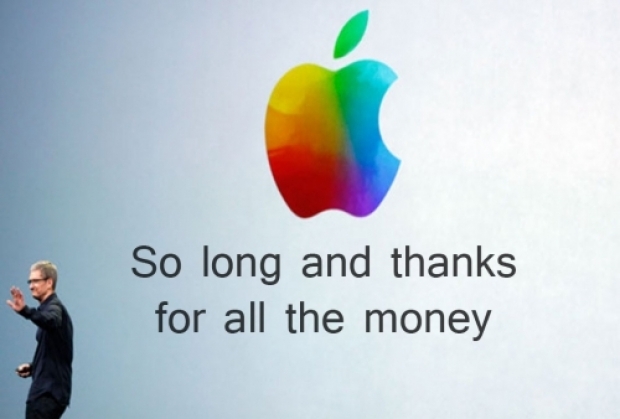 Says it will not be in its users' interest

Apple CEO Tim Cook said that he believes a proposed European law known as DMA would "not be in the best interest of users," signalling the iPhone maker's opposition to European legislation that would force it to allow users to install software outside of Apple's App Store.

Cook said that there are some good parts to the EU tech regulation, but there others that are not in the best interests of the user.

You can trust Cook to know what is in the best interests of the user, he thinks demanding a third of app store profits are particularly good for the user.

The European Union proposed two laws regulating big tech companies, the Digital Services Act and the Digital Markets Act, earlier this year. The DSA focuses on the online ad industry, but the DMA focuses on companies with large numbers of customers -- like Apple, Google and Amazon -- and sets rules requiring them to open up their platforms to competitors.

One of Cook's issues with the law is that it would force Apple to permit sideloading apps on the iPhone, which is manually installing software from the internet or a file instead of through an app store.

Currently, Apple's App Store is the only way to install apps on an iPhone, which has made it the focus of lawsuits and regulators around the world. Apple has claimed that its control over the App Store ensures high-quality apps and helps prevent malware.

Cook noted that the iPhone's market share in France is only 23 percent and said that permitting sideloading on iPhones would damage both the privacy and security of users, citing increased malware on Android phones versus iPhones.

Google's Android allows sideloading. "If you take an example of where I don't think it's in the best interest, that the current DMA language that is being discussed, would force sideloading on the iPhone", Cook said.

"And so this would be an alternate way of getting apps onto the iPhone, as we look at that, that would destroy the security of the iPhone."  Yeah, he really did use the word security and iPhone in the same sentence.

Last modified on 17 June 2021
Rate this item
(1 Vote)
Tagged under
More in this category: « Facebook to put adverts in Oculus Quest Nadella is now Microsoft chairman »
back to top