Trump tried to use Apple to spy on Democrats 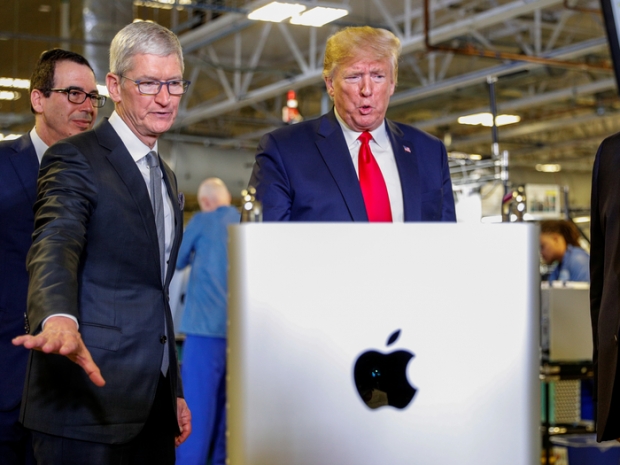 The US Justice Department under former President Donald Trump subpoenaed Apple for data from the accounts of at least two Democrats on the House of Representatives Intelligence Committee in an attempt to find out who was behind leaks of classified information.

According to the New York Times, records of at least a dozen people tied to the committee were seized in 2017 and early 2018, including those of Representative Adam Schiff, then the panel’s top Democrat and now its chairman, the Times said.

Prosecutors under Jeff Sessions, the first attorney general in Trump's Republican administration, were seeking to find the sources behind media reports about contacts between Trump associates and Russia, the Times said.

"Ultimately, the data and other evidence did not tie the committee to the leaks, and investigators debated whether they had hit a dead end and some even discussed closing the inquiry", the paper said.

Apple turned over only metadata and account information, not photos, emails or other content, the Times said.

The Justice Department also seized Apple data from the accounts of committee aides and family members, the Times said. It did not name any other member of the House beside Schiff.

Schiff said more answers were needed and the Inspector General should investigate this and” other cases that suggest the weaponisation of law enforcement by a corrupt president".

House Speaker Nancy Pelosi, a Democrat, called the news "harrowing" and said she supported Schiff's call for an investigation.

The Times said the Justice Department "secured a gag order on Apple that expired this year, according to a person familiar with the inquiry, so lawmakers did not know they were being investigated until Apple informed them last month".

Last modified on 11 June 2021
Rate this item
(3 votes)
Tagged under
More in this category: « VW wants you to subscribe to your car Tech giants face tougher US laws »
back to top