Florida to punish social media for shutting lying politicians up 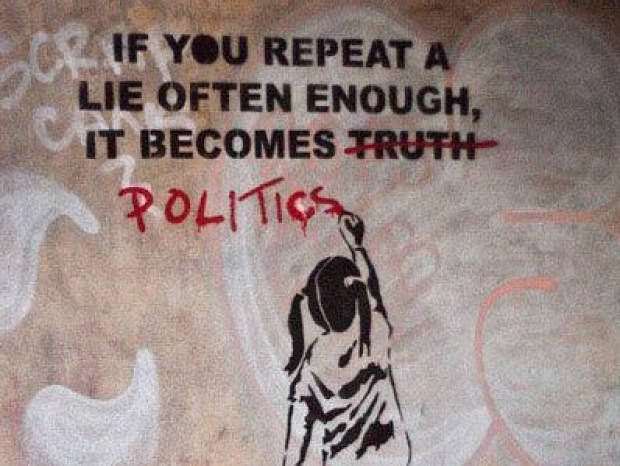 Listening to their rubbish will be compulsory

Florida is on track to be the first state in America to punish social media companies that ban politicians.

From now on, everything a Florida politician says will be considered the word of god and must be decimated on social media even if it is complete and utter rubbish.  If Florida politican tells you the world if flat, or a vaccine makes you gay, social media will have to share the bollocks or face a fine.

Gov. Ron DeSantis, a Republican and close Trump ally who called for the bill's passage, is expected to sign the legislation into law.

The state's elections commission will be empowered to fine a social media company $250,000 a day for statewide candidates and $25,000 a day for other candidates if a company's actions are found to violate the law. The law requires the companies to provide information about takedowns and apply rules consistently.

Florida Republican lawmakers have cited tech companies' wide influence over speech as a reason for the increased regulation.

"What this bill is about is sending a loud message to Silicon Valley that they are not the absolute arbiters of truth", state Republican John Snyder, a Republican from the Port St. Lucie area, who believes that job is up to the politicians.

The Florida bill may offer Republicans in other states a road map for introducing laws that could eventually force social media companies and US courts to confront questions about free speech on social media, including the questions raised by Thomas.

Of course, the concept of forcing politicians to stop lying and peddling conspiracy theories as fact does not appear to have occurred to them.

NetChoice, a trade group for internet companies, argued the bill punishes platforms for removing harmful content, and that it would make it harder to block spam. But they also argued that the freedom of speech clause in the US Constitution makes clear that government may not regulate the speech of private individuals or businesses.

"This includes government action that compels speech by forcing a private social media platform to carry content that is against its policies or preferences."

The bill specifies just five major tech companies — Google, Apple, Twitter, Facebook and Amazon and it does look like the lawmakers were too stupid to name any more social media companies.

And that the bill was also amended to specifically exempt Disney, Universal and any theme park owner that operates a search engine or information service.  We assume that "get out of jail free card" was because Orlando is big on this sort of thing.

Last modified on 03 May 2021
Rate this item
(5 votes)
Tagged under
More in this category: « Netflix VP convicted for fraud Windows 10 has a billion users »
back to top