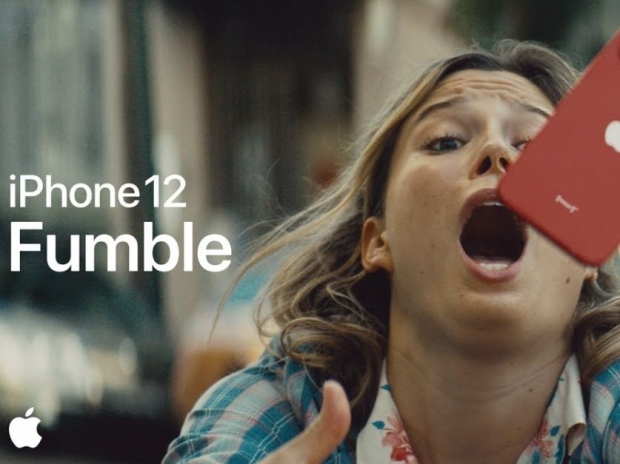 Six months after realising the iPhone 12 it seems that Apple is keen to stretch the bounds of credulity with a marketing campaign that implies it is nearly indestructible.

When Apple launched the iPhone 12 last fall, the tech company made much of the new Ceramic Shield display that it claims offers four times better drop performance compared to previous iterations.

However, in a new advert called Fumble, Apple shows a woman walking down the street, speaking on her iPhone 12. Suddenly it slips from her hand and hits the ground. The handset flies out of reach before landing screen-side down in a pile of grit.

The woman turns the phone over, sees that it hasn't shattered, and then carries on with her day. "Relax, it's iPhone", the ad says.

Apple has turned off the comments on the YouTube page, we guess it was because Apple would have been flooded with adverts calling the fruity cargo cult out on it.

That is because even with a Ceramic Shield display being dropped like that would have scratched the screen badly.

Indeed, the master of phone scratching, JerryRigEverything, noted that while the iPhone 12 may offer improved protection against cracks and shatters, the iPhone 12 begins scratching at a level 6 using the Mohs scale of hardness, with deeper scratches apparent at level 7 — standard for high-end smartphones.

Apple's drop test claims do not pan out that well either. While the iPhone 12 did perform well in many of the drop tests posted on YouTube, it's worth noting that the Ceramic Shield only covers the display and not the glass back.