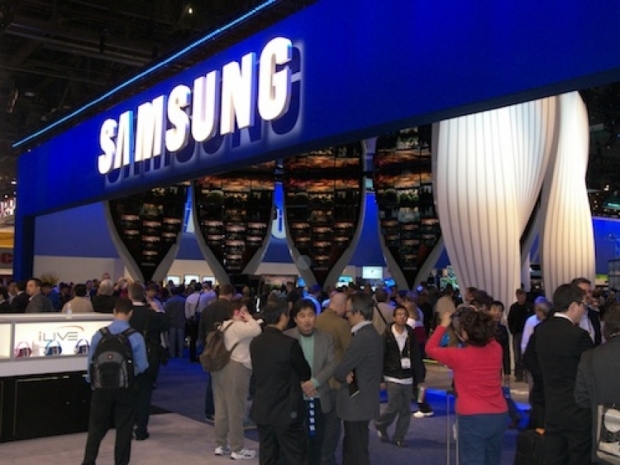 Considers holding off on new Note

Samsung has warned that it is having a serious imbalance in semiconductors globally and is thinking about having to skip the introduction of a new Galaxy Note.

Co-Chief Executive Officer Koh Dong-jin said during an annual shareholders meeting in Seoul that the chip shortage is getting worse. The company is also considering skipping the introduction of a new Galaxy Note -- one of its best-selling models -- this year, though Koh said that was geared toward streamlining its lineup.

Industry giants have warned of longer than anticipated deficits thanks to unprecedented COVID-era demand for everything from cars to game consoles and mobile devices. Volkswagen AG said this week it’s lost production of about 100,000 cars worldwide.

In North America, the silicon shortage and extreme weather have combined to snarl more production at Toyota and Honda.

But now it appears that the shortage may now disrupt the much larger electronics industry.

Koh said: “There’s a serious imbalance in supply and demand of chips in the IT sector globally.” He oversees the company’s IT and mobile divisions.“Despite the difficult environment, our business leaders are meeting partners overseas to solve these problems. It’s hard to say the shortage issue has been solved 100 percent.”

Samsung, the world’s largest smartphone maker, is working with overseas partners to resolve the imbalance and avert potential setbacks to its business, its co-CEO said.

Greater than anticipated COVID-era demand for smartphones has also stretched stores of Qualcomm Snapdragon chips, the go-to processors for mobile devices. Qualcomm relies on Samsung and TSMC to produce them and the Taiwanese chipmaker’s capacity has been strained.

“The tightened supply of Qualcomm AP chips produced by TSMC is affecting everybody except Apple. PCs will soon be hit due to the short supply of display driver ICs, and the profitability of TV will be affected by soaring LCD panel prices.”

Compounding matters, Samsung’s own fab in Austin, Texas -- which makes chips both for internal and external consumption -- was sidelined in February by statewide power outages and hasn’t resumed full production.

Last modified on 18 March 2021
Rate this item
(0 votes)
Tagged under
More in this category: « French surrender to Apple over privacy enhancements Neo-Nazis and conspiracy nuts attack US communications »
back to top