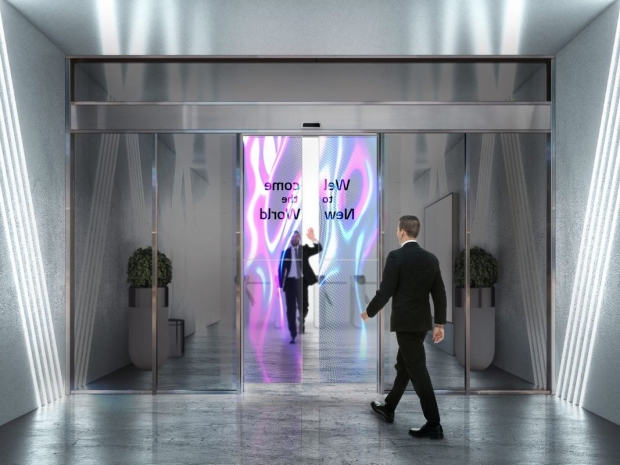 Teams up with the Swedish Assa Abloy Entrance Systems

The doors will obviously be aimed at businesses, and can greet customers, communicate with employees, or show ads.

LG has been showing off its transparent displays for a little while now, and it unveiled a range of transparent signage early last year but now it seems they are being used in anger.
In August, LG announced that its displays were being used in the windows of subway carriages in Beijing and Shenzhen in China, and OLED-Info reports that both Panasonic and Xiaomi’s transparent OLED TVs use LG panels.

LG’s announcement doesn’t give much of an indication of when these high-end doors might become available for businesses. But considering the transparent OLED technology has started being deployed, they can’t be too far away from decorating the world’s most swanky shopping centres.

Last modified on 08 December 2020
Rate this item
(0 votes)
Tagged under
More in this category: « Decision makers don’t trust their data Foxconn attacked by ransomware »
back to top