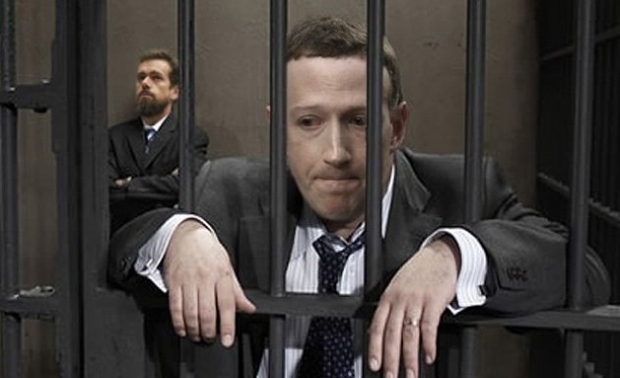 Could lock up big tech CEOS

New York state is introducing a bill that would make it easier to sue big tech companies for alleged abuses of their monopoly powers.

The bill's sponsor, Senator Mike Gianaris said Big Tech's power has grown to dangerous levels and "we need to start reining them in".

New York's antitrust laws currently require two players to collaborate in a conspiracy to conduct anticompetitive behavior such as price setting. In other cases companies may underprice products to the point where they are even incurring a loss just to drive others out of the market -- anticompetitive behavior that New York's laws would currently struggle to prosecute.

"Our laws on antitrust in New York are a century old and they were built for a completely different economy. Much of the problem today in the 21st century is unilateral action by some of these behemoth tech companies and this bill would allow, for the first time, New York to engage in antitrust enforcement for unilateral action."

The bill will probably be discussed when New York's senate returns to work in August but is unlikely to pass before next year. It has the support of New York's attorney general, Letitia James. "The bill would make criminal offences by individuals punishable by up to 15 years in prison, which is an increase from four years under the existing law. It's also more time than the current federal maximum sentence of 10 years. Sadly it would be unlikely we would ever get to see Tim Cook or Mark Zuckerberg locked up.  For some reason that never happens, but is probably the only thing that would really stop them. After all, money is no object.

"Corporations could be fined up to $100 million, up from the current maximum New York state penalty of $1 million. The proposed changes would also allow class action lawsuits, which could lead to an increase in private antitrust litigation."

It is still pretty much chump change for Big Tech which would likely oppose each case to the Supreme Court in the hope the antitrust case will be too expensive to litigate.  Then when they finally do lose, the fine will not do much to start another round.  This is pretty much what happened in the Apple cartel case.

Last modified on 06 August 2020
Rate this item
(4 votes)
Tagged under
More in this category: « AMD has Ryzen chip shortage problems Trump post taken down for misleading facts »
back to top