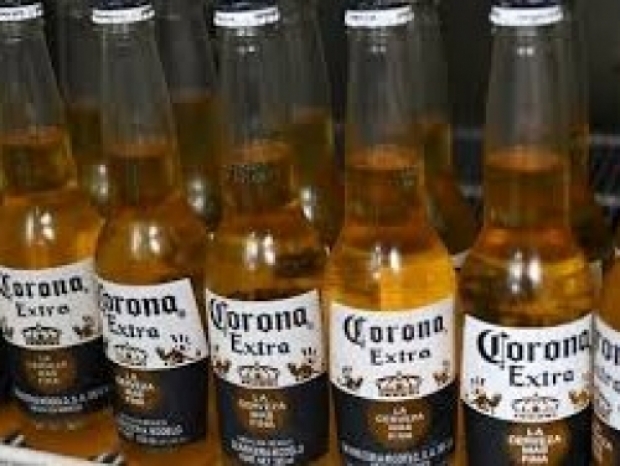 The COVID-19 pandemic is providing new business opportunities for the tech sector, as evidenced by the performance of the world’s top 25 technology companies, according to a GlobalData report.

The top 25 all reported quarter-on-quarter (QoQ) growth in market capitalisation (MCap) for the second quarter (Q2) of 2020, ended June 30.

Top of the ranking by GlobalData, Apple’s revenue in Q2 was driven by the performance of its services and wearables businesses, despite the chaos created by COVID-19 worldwide. This enabled the company to win over market confidence and leapfrog Microsoft as the world’s most valuable company. 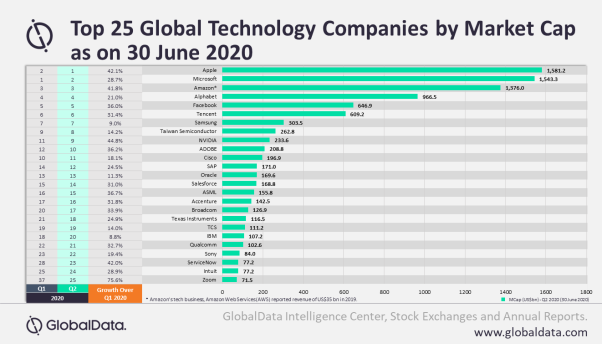 Keshav Jha, Business Fundamentals Analyst at GlobalData, said: “Apart from its impressive Q2 performance, the announcement of the new iOS and new iMac during Apple’s annual developer conference (WWDC) in June 2020 seemed to have pleased investors with the company’s MCap rising by over 40 percent during the quarter.

“The second of the top 25 technology companies by MCap was Microsoft. The company’s business accelerated during the company’s Q3 ending March 31 2020 mainly driven by growth in its cloud usage, increased Xbox sales, and higher demand for Office commercial and Dynamics business solutions. The company’s decision to close its physical stores and invest in e-commerce operations to drive sales, as well as the announcement of regular quarterly dividend, helped its stocks reach a new high.

“In third place was Amazon Web Services (AWS), which recorded a huge surge in demand of its cloud services after the COVID-19 outbreak. Additionally, an increase in e-commerce retail demand due to lockdowns imposed by governments in major economies helped Amazon’s stock rise over 40 percent and its MCap crossed US$1 trillion mark in Q2 2020.”

In the digital advertising space, Alphabet, Facebook and Tencent were the three major players reporting over 20 percent QoQ rise in their MCap. In the last three weeks of Q1 2020, ending 31 March, Alphabet and Facebook’s advertisement revenue declined due to rapid spread of the novel coronavirus, but started showing signs of stability in the first three weeks of April. This kept the sentiment positive and both companies’ stock surged by over 20 percent during April. Investors remained bullish as both companies reported an increase in consumer engagement on its services mainly due to quarantine and shelter-in-place orders.

Jha continued: “Although suspension of sports events affected Tencent’s media advertising revenue, its online advertisement and games revenues increased over 30 per cent in Q1 2020, ended March 31, which seemed to help the company win over investors’ confidence.”

ServiceNow and Zoom were the two new entrants in GlobalData’s top 25 technology companies my MCap list. Growing subscription revenues and a widening customer base - with 37 new deals closed only in Q1 2020 ending March 31 - allowed ServiceNow to impress investors. The rise in usage of Zoom for virtual meetings during the pandemic led to 75.6 percent QoQ growth in its MCap during April-June 2020.

Jha added: “The economic downturn caused by COVID-19 has impacted all sectors, but the performance of tech stocks in Q2 suggests that investors believe they can successfully manage the headwinds from the health crisis. Tech companies are uniquely positioned to provide technology and resources to organizations and partners, which help in securely accessing and sharing data while working remotely. These companies are also playing pivotal role for consumers coping with lockdown measures, and in enabling health institutions and governments to maintain databases, which help in containing the spread of virus.”

Last modified on 03 August 2020
Rate this item
(0 votes)
Tagged under
More in this category: « Apple makes more cash than expected YouTube declares war on Danish music »
back to top