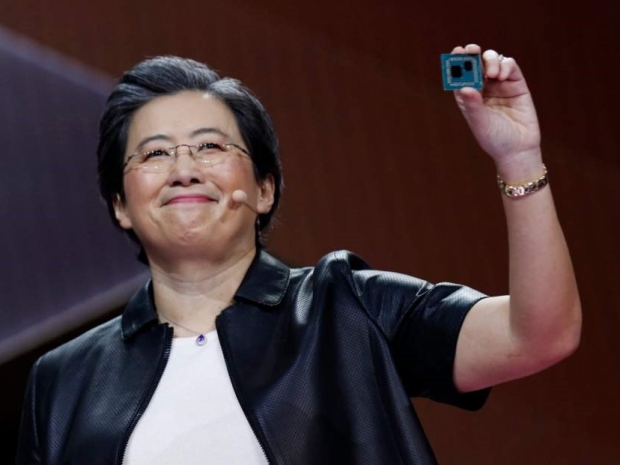 AMD's Lisa Su has become the world's highest-paid CEO, according to a recent survey from the Associated Press on CEO compensation.

Su's pay package was valued at $58.5 million after some extremely impressive company performance over her last five years as CEO on the back of the wild success of EPYC, Ryzen, and Radeon.

This pay package comprised a base salary of $1 million, a performance bonus of $1.2 million, $56 million in stocks. This makes Lisa Su the first woman to become the highest-paid CEO and one of only 20 women on the list, versus 309 men.

Su’s compensation was more than four times the value of her pay in the prior year. The gain was driven primarily by rewards for performance, including $53 million in stock awards and $3 million in stock options, which vest over several years. Su was paid a base salary of $1 million and a performance-based bonus of $1.2 million.

Since Su took over as president and CEO at the chipmaking company in 2014, its stock has risen from around $3 to about $55, and AMD was the top performing stock in the S&P 500 in both 2018 and 2019. Overall, 2019 was one of AMD’s strongest years, as revenue, profitability and gross margin all improved and the company built up its portfolio of products.

Su’s compensation was $13 million higher than the highest-paid male CEO in the survey, David Zaslav of Discovery. It was more than double the next two highest-paid women CEOs, Marillyn Hewson of Lockheed Martin, whose pay was valued at $24.4 million, and Mary Barra at General Motors Co., with pay valued at $21.3 million.

Last modified on 04 June 2020
Rate this item
(1 Vote)
Tagged under
More in this category: « 5G hammers your battery AMD offers virtual tour of Hawk supercomputer »
back to top