Bill Gates is not buying a super yacht 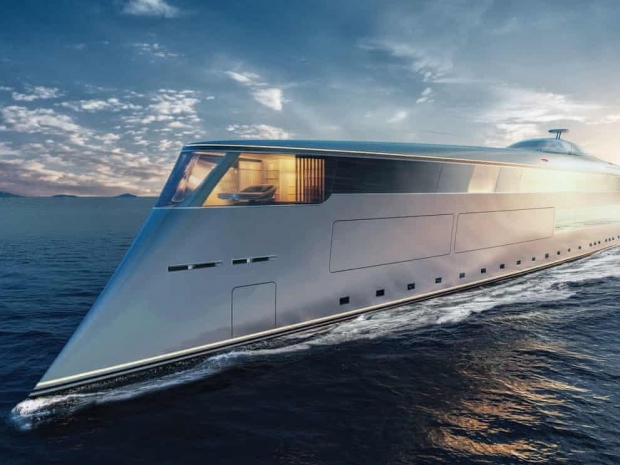 Over the weekend the interweb tubes were blocked by a story that software King of the World Sir William Gates the III was splashing out on a huge hydrogen-powered superyacht which has turned out to be totally made up.

The rumour was that Gates had taken time out from this busy life saving the world from mosquitos and had splashed out on a  $644 million luxury vessel, based on the concept which was displayed in Monaco in 2019.

The interwebs were rather cross that Gates would spend his money in this way after promising that he was going to use his Microsoft cash for the good of the planet. The story was picked up by the likes of the Guardian and other serious newspapers which totally failed to name any sources.

However, it turns out the story was complete rubbish and the only tech billionaire to waste huge amounts of cash on a yacht he could not use was Steve Jobs.

Sinot said it had "no business relationship" with Bill Gates. It added that the concept yacht, called Aqua, was "not linked" to either him or any of his representatives.

"Aqua is a concept under development and has not been sold to Mr Gates", a spokeswoman said.

She added that it was shown "in Monaco [and] meant to build a better future, and inspire clients and the industry".

The finished concept vessel would be 112 metres long, according to publicity material released by Sinot - although only a two-metre model has been built so far. It would be capable of a top speed of 17 knots and have a range of 3,750 nautical miles (6,945 kilometres).

Last modified on 11 February 2020
Rate this item
(0 votes)
Tagged under
More in this category: « Semiconductor industry had the worst year since 2001 Kiwi director slams Apple’s comedy keyboards »
back to top