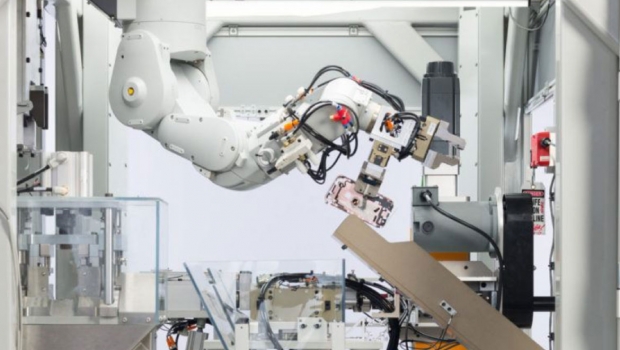 While admitting it needs to open more polluting mines

Fruity cargo cult Apple has a novel way of announcing bad news about needing more polluting mines or how it is fighting pesky right to repair laws even if these are good for Polar Bears.

While acknowledging that rising global demand for electronics means new mines will still be needed it has been showing off a cute robot which disassembles its iPhone so that minerals can be recovered and reused.

Dubbed Daisy, the iPhone recycling robot is used at an Apple recycling facility in Austin, Texas. Apple said the robot is part of its plan to become a “closed-loop” manufacturer that does not rely on the mining industry.

Apple admitted that it was not necessarily competing with the folks who mine and there was nothing for minors to fear.

Apple is already using recycled tin, cobalt and rare earths in some of its products, with plans to add to that list. The company last month bought the first commercial batch of carbon-free aluminium from a joint venture between Rio Tinto and Alcoa.

Daisy, less than 20 yards in length, uses a four-step process to remove an iPhone battery with a blast of -80 Celsius (-176 Fahrenheit) degree air, and then pop out screws and modules, including the haptic module that makes a phone vibrate.

The components are then sent off to recyclers for the minerals to be extracted and refined. Daisy can tear apart 200 iPhones per hour which is still slower than me with a sledgehammer, but I don't want to recycle anything.

If Apple were sincere about creating a “closed-loop” to push its green credentials it would focus more on building products that can be repaired, not just recycled.

iFixit chief executive Kyle Wiens said that Apple believes it can get all their minerals back, and it’s not possible.

It is far better to make phones that last longer than ten minutes and then allow them to be repaired.  But of course, this means that Apple would sell less phones.

Last modified on 13 January 2020
Rate this item
(0 votes)
Tagged under
More in this category: « Torvalds warns against Oracle module EFF asks the Supremes to step into API row »
back to top