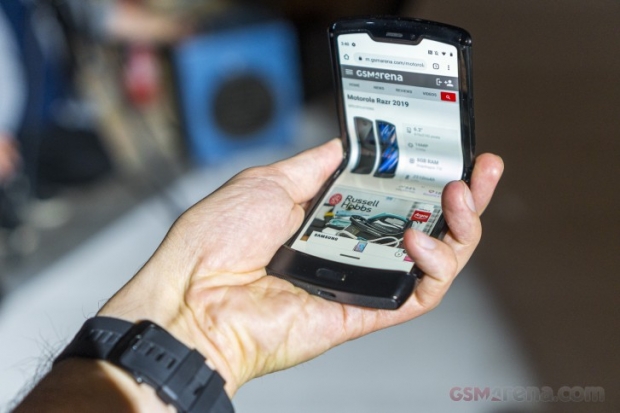 Motorola's announcement of the rebirth of the Razr has been delayed due to too much customer interest.

The announcement of the retro folding smartphone struck a chord, and demand exploded. It seems Motorola underestimated how strongly consumers would react, as the company now warns that pre-orders and shipping for the Razr have been pushed back.

Pre-orders were originally slated to begin on 26 December ahead of the launch on 9 January but it looks like we'll have to wait.

Motorola has stated that it doesn't foresee "a significant shift" from the original launch window, so hopefully, the delay won't be too long. With the announcement of the delay coming at the eleventh hour, it might put a damper on some tech enthusiasts' holiday, but at least we'll avoid the mad rush that comes with under-supplying.

The company’s full statement was:

Since its announcement in November, the new Motorola razr has received unparalleled excitement and interest from consumers. Demand has been high, and as a result, has quickly outgrown supply predictions.

Motorola has decided to adjust razr’s presale and launch timing to better meet consumer demand. We are working to determine the appropriate quantity and schedule to ensure that more consumers have access to razr at launch.

We do not anticipate a significant shift from our original availability timeline.

The Motorola Razr was announced earlier this year as the company’s first foldable smartphone, bringing back a design inspired by the original Moto RAZR flip phone but with a flexible 6.2-inch display and modern Android specs. The Razr is set to cost $1,499, and will be sold exclusively by Verizon in the United States.

Last modified on 23 December 2019
Rate this item
(0 votes)
Tagged under
More in this category: « Big Blue comes up with batteries from the sea Roman emperor deaths follow the same pattern as IT failure »
back to top