Big Blue comes up with batteries from the sea 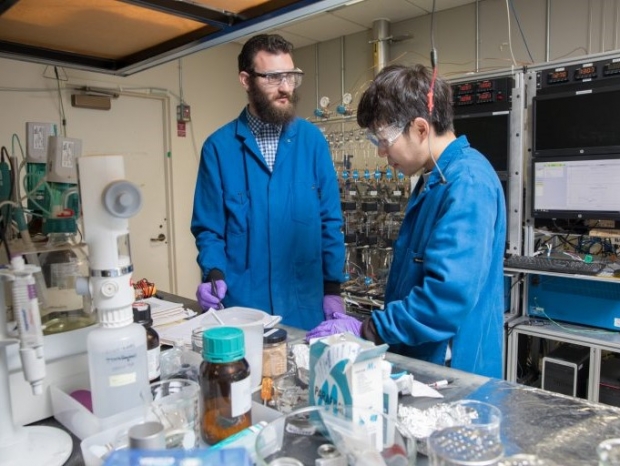 My lap-top smells of fish

Big Blue boffins have developed a new battery whose unique ingredients can be extracted from seawater instead of mining.

It has been known for a while that lithium-ion batteries are hard on the environment. In addition to lithium, they require heavy metals like cobalt, manganese, and nickel which come from giant mines that present hazards to the environment, and often to those doing the actual mining.

These metals are also a finite resource, and as more and more devices and vehicles switch to battery power, their availability is going to decrease at a staggering pace.

Scientists at IBM Research's Battery Lab came up with a new design that replaces the need for cobalt and nickel in the cathode, and also uses a new liquid electrolyte (the material in a battery that helps ions move from one end to the other) with a high flash point.

The combination of the new cathode and the electrolyte materials was also found to limit the creation of lithium dendrites which are spiky structures that often develop in lithium-ion batteries that can lead to short circuits. So not only would this new battery have less of an impact on the environment to manufacture, but it would also be considerably safer to use, with a drastically reduced risk of fire or explosions.

The researchers believe the new battery would have a larger capacity than existing lithium-ion batteries, could potentially charge to about 80 percent of its full capacity in just five minutes, would be more energy-efficient, and, on top of it all, it would be cheaper to manufacture which in turn means they could help reduce the cost of gadgets and electric vehicles.

As IEEE Spectrum notes, the group has revealed precious little technical information about their battery's chemistry, configuration, or design -- so those in the field are unsure if IBM has created something truly remarkable, or if it is exaggerating its claims

Last modified on 23 December 2019
Rate this item
(2 votes)
Tagged under
More in this category: « US military loves Linux Motorola delays Razr »
back to top