Ivanka Trump to speak at CES 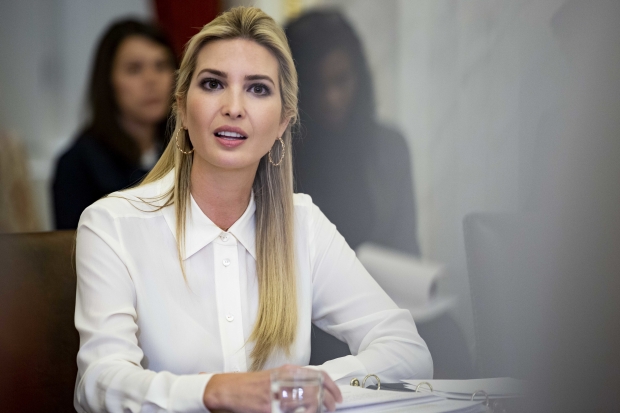 No one is sure why

Professional blonde Ivanka Trump is to be a keynote speaker at CES and no one is really sure why.

Apparently the tech world is so starved of speakers it has to draft in a few non-techies who can talk what it is like to be blonde, have no marketable skills, be intellectually un-curious and have a famous daddy.

Trump will be a headline speaker in a panel with Consumer Technology Association President Gary Shapiro. The US press has done its best to tell us that Ivanka Trump has played a major role in the White House's technology outreach, joining Google CEO Sundar Pichai at a tech jobs initiative announcement in October and accompanying the president's visit to Apple's production facility in November.  Trump has been a key figure with the Trump administration on technology, joining in on discussions with executives from Microsoft, Google and IBM, as well as sitting on an advisory board with Apple CEO Tim Cook.

To be fair, not many people were sure what she was doing at those either, but we guess her presence means that she sat on some important tech meetings which qualify her to speak at CES. No, I can't see it either, we are just hoping that a hack asks her something more meaty than "how do you take a selfie on an iPhone?" or "how do you use a tablet to relax?" We suggest "AMD’s Ryzen 9 3950X hot, or not, and is just adding cores to a chip pointless?"

CES also uploaded a placeholder URL for its keynote speeches on Thursday night, which included "Ivanka Trump" as a livestream. The code on the page labelled the livestreams as "All CES 2020 Video Content". The page was taken down after the story leaked.

The CES 2020 livestream website showed Ivanka Trump as one of the speakers.

Trump will not be the only member of the president's administration to appear at CES: US secretary of transportation Elaine Chao was announced as one of the conference's keynote speakers for 2020. She had delivered a keynote in 2019 as well.