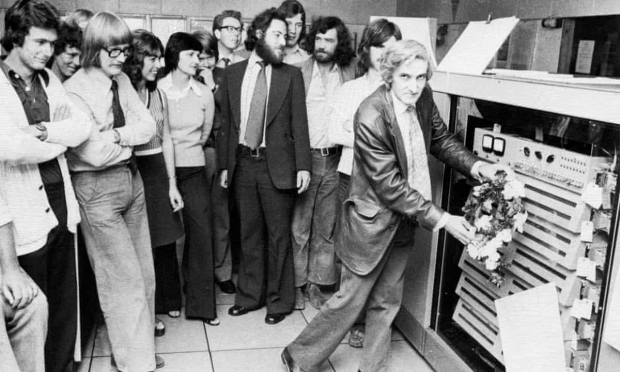 Tony Brooker, the mathematician and computer scientist who designed the programming language for the world's first commercial computer has died. He was 94.

. Brooker joined the Manchester lab in October 1951, just after it installed a new machine called the Ferranti Mark 1. His job, he told the British Library in an interview in 2010, was to make the Mark 1 "usable".

Turing had written a user's manual, but it was far from intuitive. To program the machine, engineers had to write in binary code -- patterns made up of 0s and 1s -- and they had to write them backward, from right to left, because this was the way the hardware read them.

It was "extremely neat and very clever but pretty meaningless and very unfriendly", Brooker said. In the months that followed, Brooker wrote a language he called Autocode, based on ordinary numbers and letters. It allowed anyone to program the machine -- not just the limited group of trained engineers who understood the hardware.

This marked the beginning of what were later called "high-level" programming languages -- languages that provide increasingly simple and intuitive ways of giving commands to computers, from the IBM mainframes of the 1960s to the PCs of the 1980s to the iPhones of today.

Last modified on 16 December 2019
Rate this item
(0 votes)
Tagged under
More in this category: « Google Now bans some Linux web browsers Turkey without Android »
back to top