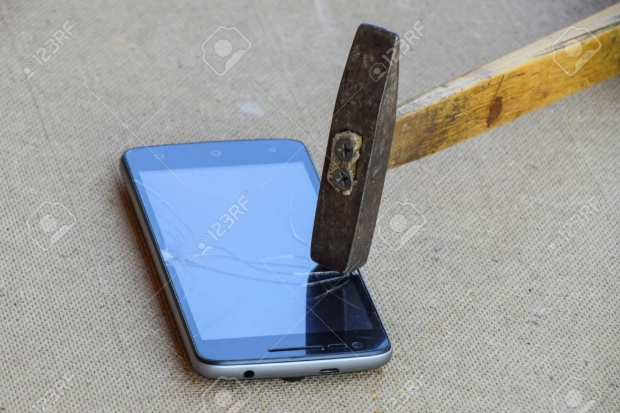 It is not as if they didn’t try

Samsung's $2,000 foldable smartphone was scheduled to launch earlier this year but was delayed after Apple fanboys working for the US tech press tried to destroy their review copies to prove how easy it was.

This caused Samsung to push back the launch date and go back to the drawing board to try and fix these issues.

At IFA in Berlin this week, Samsung brought an updated version of the Galaxy Fold that fixes most of the issues. That did not stop the Verge from trying to destroy it.

Tom Warren at the Verge confessed to having several goes at peeling off the film including getting his fingernail underneath it.

“ The biggest update is that Samsung has now extended the protective film to under the bezels of the device so you can no longer peel it off. I tried to peel it off multiple times and failed, as it's beyond the bezel and impossible to get your fingernails close to. We'll need to test this fully, but I'm confident that Samsung has addressed this particular problem.”

While we understand why you might do this, we wonder if anyone applies such dedication when reviewing iPhones or any other gadgets which are offering significantly different tech which Apple has not got going yet. There would be an outcry if I destroyed an iPhone in a review by ignoring the instructions, or soaked it in petrol and set fire to it and said “the iPhone catches fire.”

Other changes are related to the hinge. It feels a little sturdier than before, and the gaps where the hinge meets the display have been trimmed down. The gap when the device is closed has been shrunk which should mean less gunk gets on the hinge or displays.

The display now has plastic protection caps at the bottom and top that further block debris from getting underneath it. Warren said, “I didn't have enough time to throw a bunch of dirt and dust at the device, so it's hard to say whether Samsung has fixed this particular issue, but it's clear that a lot of work has been done here.” He also didn’t test what happens when you take a grinder to the display case or see what happens when you hit it repeatedly with a hammer. Looks like Samsung got off lightly or the people at the show would not let him do it.

Last modified on 06 September 2019
Rate this item
(3 votes)
Tagged under
More in this category: « German mulls battery consortium Europe refuses to trust US on Boeing safety standards »
back to top