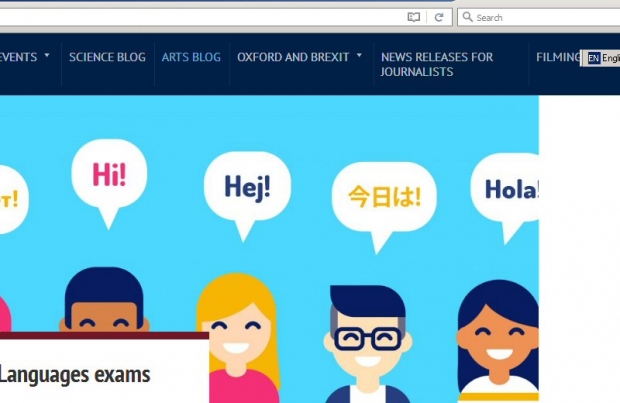 I volunteered earlier this week to take part in an experiment conducted by Oxford University boffins. It was highly alarming. I won't give specific details because I think it is intended to help and not harm people.

Before donning the VR headset, the researcher asked me if I'd experienced VR before. In fact, I had, during the early 1990s, where the experience nearly made me vomit.

My experience this week was also very frightening, however.

The young boffin asked me to stand for a minute and listen to instructions, while I was being recorded on video. I listened to the instructions and, unusually for me, did as I was told.

This, I was told was to “calibrate” the tracking devices on my arms and legs – and as a techie I did wonder what the heck that meant.

Then I wore the VR headset for the first experiment and it was really frightening.

I found myself on a Tube platform at King's Cross, and was invited to step into the carriage. I lived in London for over 30 years and I know that getting onto a carriage always involves a step. As I'm old, these days when I travel on the Tube, I always hang onto the side so I can get on safely

The VR Tube had no side so I flailed around and panicked. The researcher realised I was in some difficulty so re-programmed the computer so I was already on the Tube, hanging onto a pole. I looked round at my fellow travellers who looked dead as Dodos – they weren't in the slightest bit convincing as people. Their faces looked kind of OK but they were like wax models with very limited movement indeed. I got off at virtual Old Street successfully.

The next experiment involved me into walking into a VR lift. Unlike Tube trains, these have a level floor, so I had no problem with that. I soared up until the 23rd or 24th floor of the lift, with wax models accompanying me, with obviously no dress sense. And as threatening as candles made from beeswax.The researcher then gave me a document that showed as Number 71, I'd been told a fib, as I'd thought. The paper said: “It was necessary to conceal the true aim of the study because we did not want expectations (e.g. thoughts that standing in this posture is meant to make me feel more powerful) to bias your responses. We therefore said the postures were a means of testing our VR tracking system, which was in fact not the case.”

Whew. The experiment was over and I could return into the real but rather very unreal world of Oxford, and go home on the Number Four bus! The VR dummies have no dress sense at all.

Last modified on 04 July 2019
Rate this item
(4 votes)
Tagged under
More in this category: « Software engineer shortage set to get worse Intel holds a party to say the party is not over yet »
back to top