US chipmakers are flogging kit to Huawei 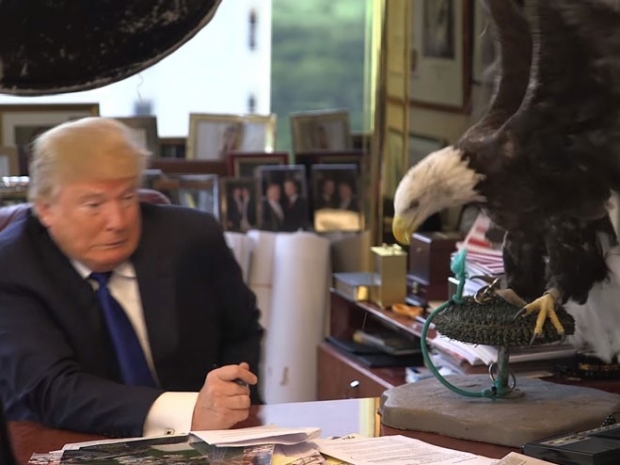 Trump ban not as tight as it appears

United States chip makers are still selling millions of dollars of products to Huawei despite a Trump administration ban on the sale of American technology to the Chinese telecommunications giant.

According to Apple's favourite newspaper, the New York Times, Intel and Micron have found ways to avoid labelling goods as American-made,because the only way of telling if something made outside the country is "made in America" is if you label it that way.

Components began to flow to Huawei about three weeks ago and will help Huawei continue to sell products such as smartphones and servers.

It means that Trump administration will have a job burning companies he does not like at the stake for being witches clamping down on companies it considers a national security threat without providing any evidence. It could also mean that Trump is finding some unintended consequences from altering the trade relationships that ties together the world’s electronics industry and global commerce.

Decisions about what can and cannot be shipped were run by the Commerce Department. American companies may sell technology supporting current Huawei products until mid-August. But a ban on components for future Huawei products is already in place. It’s not clear what percentage of the current sales were for future products. The sales have most likely already totaled hundreds of millions of dollars,.

While the Trump administration has been aware of the sales, officials don't know how to respond,. Some officials feel that the sales violate the spirit of the law and undermine government efforts to pressure Huawei, while others are more supportive because it lightens the blow of the ban for American corporations. Huawei has said it buys around $11 billion in technology from United States companies each year.

In an earnings call Tuesday afternoon, Micron’s chief executive, Sanjay Mehrotra, said the company stopped shipments to Huawei after the Commerce Department’s action last month. But it resumed sales about two weeks ago after Micron reviewed the entity list rules and “determined that we could lawfully resume” shipping a subset of products. However, there is considerable ongoing uncertainty around the Huawei situation.

A spokesman for the Commerce Department, in response to questions about the sales to Huawei, referred to a section of the official notice about the company being added to the entity list, including that the purpose was to “prevent activities contrary to the national security or foreign policy interests of the United States”.

A senior administration official said that after the Commerce Department put Huawei on the entity list, the Semiconductor Industry Association sent a letter to the White House asking for waivers for some companies to allow them to continue selling components to Huawei. But the administration did not grant the waivers, he said, and the companies then found what they assert is a legal basis for continuing their sales.

Administration officials would like to address this issue, he said, but they do not plan to do so before the G-20 summit in Japan at the end of this week. Trump’s top priority is to take time off to play golf discuss the general trade dispute with President Xi Jinping of China and get the two sides to resume trade talks that have dragged on since early 2018.

President Xi Jinping of China and President (Prince of Orange) Trump are expected to have an “extended” talk this week during the Group of 20 meetings in Japan, a sign that the two countries are again seeking a compromise after trade discussions broke down in May. After the talks stalled, the Trump administration announced new restrictions on Chinese technology companies.

Some analysts have worried that Huawei and other Chinese tech companies were becoming pawns in the trade negotiations. Along with Huawei, the administration blocked a Chinese supercomputer maker from buying American tech, and it is considering adding the surveillance technology company Hikvision to the list.

Kevin Wolf, a former Commerce Department official and partner at the law firm Akin Gump, has advised several American technology companies that supply Huawei. He said he told executives that Huawei’s addition to the list did not prevent American suppliers from continuing sales, as long as the goods and services weren’t made in the United States.

A chip, for example, can still be supplied to Huawei if it is manufactured outside the United States and doesn’t contain technology that can pose national security risks. But there are limits on sales from American companies. If the chip maker provides services from the United States for troubleshooting or instruction on how to use the product, for example, the company would not be able to sell to Huawei even if the physical chip were made overseas, Wolf said.

“This is not a loophole or an interpretation because there is no ambiguity... It’s just esoteric.”

Last modified on 26 June 2019
Rate this item
(0 votes)
Tagged under
More in this category: « Robots to steal 20 million factory jobs by 2030 Senior member of Trump’s FCC jailed for fraud »
back to top