Foxconn shifts 155 US jobs to Mexico 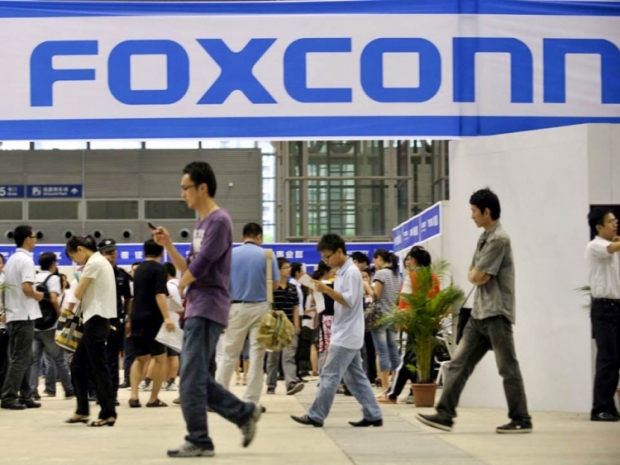 Promises to Trump appear to be slipping

After promising Donald (Prince of Orange) Trump that it would create shedloads of US jobs, Foxconn has shipped 155 US jobs to Mexico.

The Taiwan-based electronics maker said in a filing in Indiana in November 2018 that it would lay off 155 workers at a computer factory outside Indianapolis, citing “changes in our business and production objectives”.

The Labor Department in February decided that the jobs were eliminated because the company had shifted some production to Mexico.

The 155 jobs amount to a small fraction of Foxconn’s global workforce, which stood at 988,000 at the end of 2017, according to its corporate responsibility report.

But the company is under the spotlight for having so far failed to meet job creation targets at another facility in Wisconsin unveiled at a White House ceremony in 2017 and cited by Trump as proof that he was reviving American manufacturing.

Trump has threatened to punish companies that ship US jobs to other countries and is currently pushing to impose tariffs on Mexican products due to an immigration dispute.

If completed, the 20 million sq-foot research facility and liquid crystal display plant in Wisconsin would be the most substantial greenfield investment by a foreign-based company in US history, employing 13,000 people. But Foxconn has been reconsidering its plans.

Wisconsin Governor Tony Evers said in April that he wants to renegotiate the deal, secured with $4 billion in tax breaks because Foxconn is not expected to reach its job creation goals for the state. Evers, a Democrat, inherited the project from his predecessor, Republican Scott Walker.

Last modified on 06 June 2019
Rate this item
(0 votes)
Tagged under
More in this category: « Apple orders developers to snub Google and Facebook Macworld admits Apple has lost the plot »
back to top