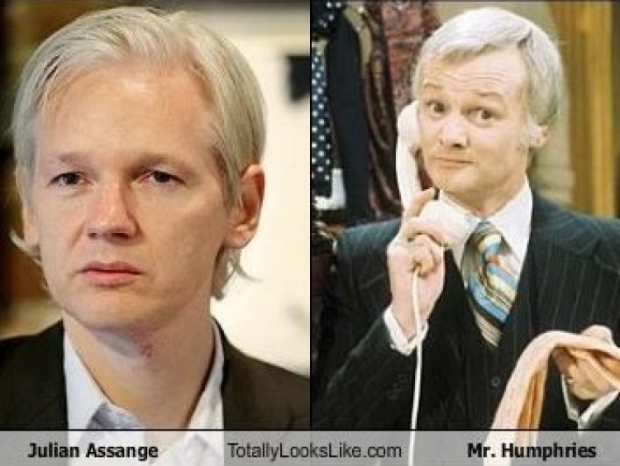 Ironically after leaking documents about his hosts

Julian Assange’s organisation Wikileaks is claiming that he is about to be thrown out into the street by the Ecuadorian embassy.

WikiLeaks tweeted on Thursday night: “A high-level source within the Ecuadorian state has told WikiLeaks that Julian Assange will be expelled within 'hours to days' using the INA papers offshore scandal as a pretext and that it already has an agreement with the UK for his arrest.

The fugitive programmer has been in the embassy since 2012 after seeking asylum there as Swedish police wanted to question him over allegations of sexual assault and rape.

Swedish prosecutors dropped the arrest warrant and rape investigation in May 2017, but British police said Assange would still be arrested if he tries to leave the embassy due to the small fact that he skipped bail.

A British warrant that was issued after he failed to surrender for his extradition.

Assange says that is all a plot to get him extradited to the US, although at the time he skipped bail there was no evidence that had happened at all. The US government seemed to think it was cheaper to have him locked up and being a permanent embarrassment for the Ecuadorian government, which it also did not like.

The left wing Ecuador defended Assange until he started showing support for right wing interests and using his organisation to push Russian spy supplied material.  Ecuador has dismissed the announcement by Wikileaks as fake news.

Last modified on 10 April 2019
Rate this item
(0 votes)
Tagged under
More in this category: « Windows XP dies final death More than half of US doesn’t have broadband »
back to top