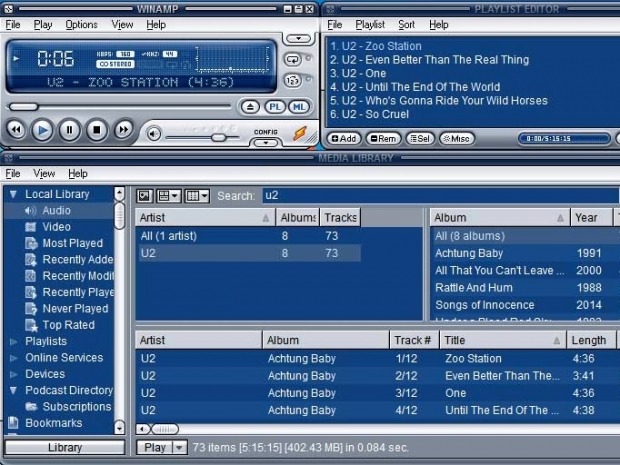 The world's most famous media player - Winamp – has returned and now has changes which play nice with more modern versions of Windows 8.1 and Windows 10.

For those who came in late, Winamp was the media player of choice before the age of clouds and streaming. It was bought from AOL by Radionomy in early 2014. While the outfit promised to keep Winamp, nothing happened for four years.

Now Radionomy officially released Winamp 5.8 in all its nostalgic glory with its expanding control panels, car stereo like skins, settings, and those visualizers.

OK it is still not perfect, there are a few display issues but it is still good to listen to MP3s again.

Radionomy is said to have big plans for Winamp and in 2019 that aims to add cloud support for streaming music, podcasts, and more.

Last modified on 22 October 2018
Rate this item
(3 votes)
Tagged under
More in this category: « Russian hackers lobby leave voters Hurricane Michael shows FCC why deregulation is bad »
back to top