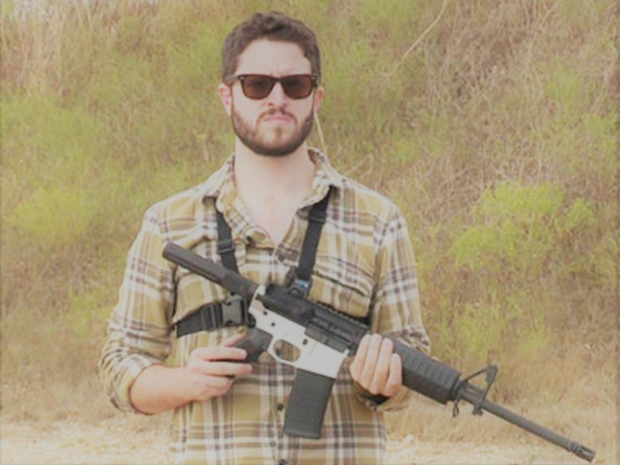 The bloke who obtained his 15 minutes of fame by using a 3D printer to make guns has been charged with sexual assault after allegedly having sex at a hotel with an underage girl for $500.

The girl told Austin police that she created a profile on SugarDaddyMeet.com and Cody Wilson, the founder of Defense Distributed used the name “Sanjuro” on the website before meeting up with the girl in August.

Wilson, 30, identified himself to the young victim and told her that he was a “big deal”, according to the affidavit.

In 2012, when he was 24, Wired magazine named him one of the “15 most dangerous people in the world”. While Wilson did not invent the concept of 3D printing plastic guns, as the magazine noted, he had made himself their most prominent, media-savvy international defender. He framed his efforts to refine a 3D printed plastic gun and make blueprints for these guns widely available as a free speech issue.

Police obtained footage of Wilson and the victim in the hotel on 15 August and matched the photograph on the SugarDaddyMeet.com profile to Wilson’s driver’s license photo, according to the affidavit. According to the detectives who interviewed the alleged victim: “If someone mistakes her age, it’s because they think she’s younger, not older than the 16 year old she is.”

Wilson has made headlines for selling blueprints that could allow people to build 3D printed guns. The legislation text from a court order bans giving the plans away for free so Wilson decided to sell them instead.

More than 1,000 people reportedly downloaded blueprints for the AR-15 before Judge Robert Lasnik blocked the release and the free download file was removed from Defense Distributed’s website.

Our guess is that it will not be long before the conspiracy theorists claim the whole thing was a set up by the government, worried about unregistered guns getting onto the market and being used in crimes.

A warrant was issued on Wednesday for the arrest of Wilson. Texas police are now working with national and international law enforcement partners to locate the gun rights advocate, whose last known location was Taipei, Taiwan.

Last modified on 20 September 2018
Rate this item
(0 votes)
More in this category: « EU focuses on Amazon Atomic Radio will be with us soon »
back to top