FCC admits it never was hacked 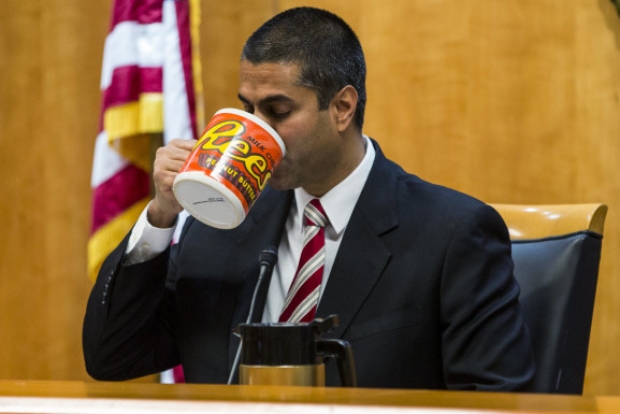 The FCC has come clean on the fact that a purported hack of its comment system last year never actually took place, after a report from its inspector general found a lack of evidence supporting the idea.

On May 7, 2017, the FCC's comment system crashed after Last Week Tonight host John Oliver encouraged his audience to post comments to the agency in support of net neutrality.

FCC officials initially said the site had been hit by a series of distributed denial-of-service (DDoS) attacks, which flood a website with useless traffic and cause it to slow down or crash. Net neutrality supporters accused the agency of making up the attack and blamed it for failing to keep the system online.

Chairman Ajit Pai blamed the former chief information officer and the Obama administration for providing "inaccurate information about this incident to me, my office, Congress, and the American people".

It was so galling to everyone looking for answers that the GAO was officially asked to look into it. The letter requesting the office's help at the time complained that the FCC had "not released any records or documentation that would allow for confirmation that an attack occurred, that it was effectively dealt with, and that the FCC has begun to institute measures to thwart future attacks and ensure the security of its systems".

That investigation is still going on, but one conducted by the FCC's own OIG resulted in the report Pai cites.

Pai's statement was issued before the OIG publicised its report, as one does when a report is imminent that essentially says your agency has been clueless at best or deliberately untruthful at worst, and for more than a year.

The report is still unpublished, though its broader conclusions are clear from Pai's statement. In it he slathers Bray with the partisan brush and asserts that the report exonerates his office: "I am deeply disappointed that the FCC's former [CIO], who was hired by the prior Administration and is no longer with the Commission, provided inaccurate information about this incident to me, my office, Congress, and the American people. This is completely unacceptable. I'm also disappointed that some working under the former CIO apparently either disagreed with the information that he was presenting or had questions about it, yet didn't feel comfortable communicating their concerns to me or my office. On the other hand, I'm pleased that this report debunks the conspiracy theory that my office or I had any knowledge that the information provided by the former CIO was inaccurate and was allowing that inaccurate information to be disseminated for political purposes."

Last modified on 07 August 2018
Rate this item
(0 votes)
More in this category: « Ma says US should be investing in infrastructure rather than guns US behind China in 5G race »
back to top