Wikimedia moans that EU is making it disappear 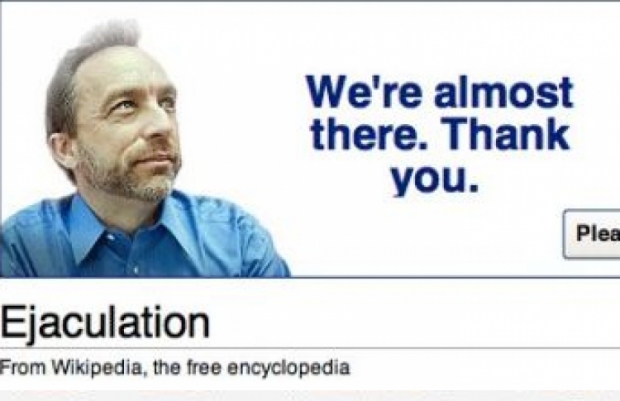 The online encyclopaedia outfit which claims that we don't exist along with anyone else its fake penis experts with faked academic credentials don't like, is moaning that the EU's copyright laws will cause it huge problems.

"This is why we strongly oppose the proposed EU Copyright Directives and urge the Members of the European Parliament to reconsider proceeding with the version recently adopted by the Legal Affairs Committee. We are concerned because these flawed proposals hurt everyone's rights to freedom of expression and Europe's ability to improve the welfare of its citizens online. Next week, we expect the European Parliament to vote in plenary on whether to proceed with the version adopted by the Committee. If the Members of the European Parliament reject it, there will be another opportunity to fix much of the current proposal's broken requirements. Now may be the last opportunity to improve the directive", the site moans.

Apparently, the requirement for platforms to implement upload filters is a serious threat for freedom of expression and privacy.

"Our foundational vision depends on the free exchange of knowledge across the entirety of the web, and beyond the boundaries of the Wikimedia projects. A new exclusive right allowing press publishers to restrict the use of news snippets will make it more difficult to access and share information about current events in the world, making it harder for Wikipedia contributors to find citations for articles online."

The proposal does not support user rights, is missing strong safeguards for the public domain, and does not create exceptions that would truly empower people to participate in research and culture. We believe that enactment of this copyright package will significantly decrease in the amount of content that will be freely accessible to all across the globe, the outfit complained

We would be more sympathetic to Wikipedia if the very things that it is complaining were not similar to our experience with... er Wikipedia.  It seems that repressive censorship is ok if it is a magazine that disagrees with you but if it is done to you it is killing off free speech.

Last modified on 02 July 2018
Rate this item
(0 votes)
Tagged under
More in this category: « Apple tries to fix its maps AT&T breaks price promise and jacks up prices »
back to top