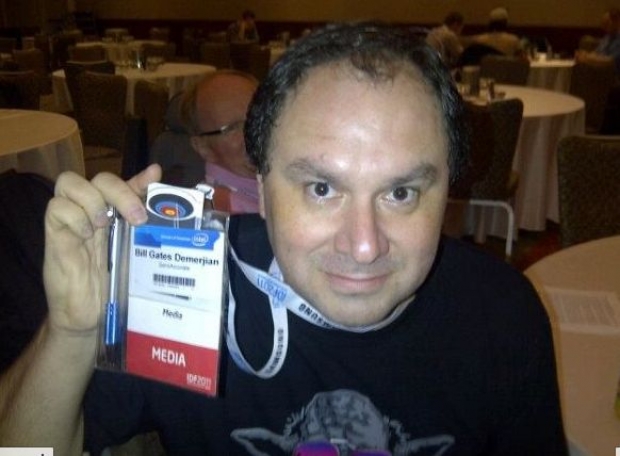 Kotaku insists Charlie got it all wrong

Kotaku insists that Charlie Demerjian's theory that the PS5's launch window is 2018 or early 2019  is complete pants.

For those who came in late, Charlie at Semiaccurate told those who paid for his elite tip-off service that Sony’s PlayStation 5 hardware will feature an APU composed of customised 8-Core Zen CPU and a Navi-based GPU.Charlie thinks the hardware will be engineered with VR optimisation in mind and that shedloads of development kits have been already sent to game developers. If this is correct then the console’s launch could be close – 2018 or early 2019 release window.

His claims set Kotaku Jason Schreier's asking his favourite deep throats about the matter. Two said they were directly familiar with plans for Sony’s new console. Those two people both told him that the next PlayStation is unlikely to release in 2019, let alone 2018, although they were careful to be clear that these plans are always shifting. “On a multi-year project, a lot can happen to shift schedules both forward and backward”, one person said. “At some point, Sony’s probably looked at every possible date. It’s all about what they think is the best sweet spot regarding hardware.”

A surprise move by Microsoft or another competitor, for example, could trigger a change in plans.

However, most developers had not heard anything about plans for a new PlayStation. Even employees at Sony’s first-party studios said they have not yet been briefed on the existence of a PlayStation 5.

So basically there is information about the PlayStation 5 floating around at both first- and third-party companies, but it’s far more limited than it would be if the console’s release were imminent.

Schreier said: "When I showed those details to one person familiar with Sony’s plans, they laughed. For the PlayStation 5 to be out this fall, they said, it would already be in manufacturing. (And if that were the case, it’d come as a big surprise to a lot of people who are making games for this fall and beyond.)"

However, Charlie's claim that PlayStation 5 development kits are out is another question. To say that “PS5 devkits” are out in the wild could mean several different things. “Super early devkits are often PCs with the CPU and GPU”, said a Sony source. Early “development kits” might not resemble a PlayStation at all.

If these early PS5 devkits are out at game studios now, they are likely extremely well-hidden. Sony had worked hard to keep development kits secret, even sometimes asking game studios to lock them in rooms where access was restricted to a select group of people.  Hopefully this is not another bunny rabbit moment for Charlie.

Last modified on 11 April 2018
Rate this item
(0 votes)
Tagged under
More in this category: « Apple forced to pay troll AMD plugs Meltdown and Spectre’s security holes »
back to top