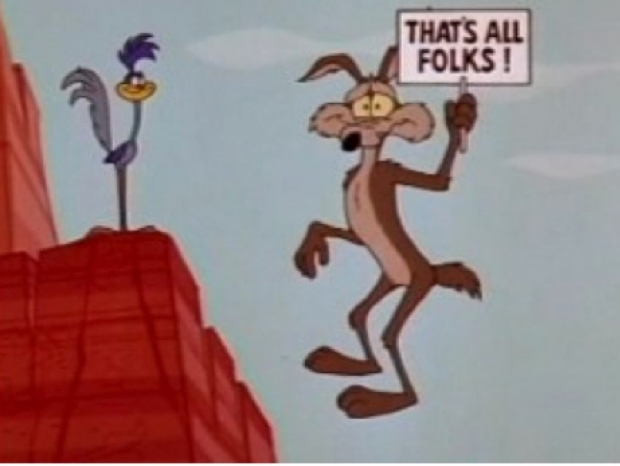 Wile E Coyote has inspired a new development in silicon chip development, at least according to Nature Photonics.

Boffins inspired by the way Wile E Coyote managed to stay in the air for a few seconds before plunging off the cliff have come up with an idea. If it pans out it could lead to the development of more exciting technologies such as signal modulators for terahertz (THz) beams – which is part of the electromagnetic spectrum between visible/infrared light and radio/microwaves.

Silicon is used to send mobile microwave signals, but it is pants when it comes to visible light signals. The team discovered that the standard impurities that are sprinkled into ordinary computer chips to make transistors could control the flow of THz photons far more efficiently.

This allows a new method of chip-to-chip communication with silicon, currently only possible with much more expensive materials, but also pushing mobile communications to much higher frequency and allowing the transmission of more data.

The signal modulation effect works by using two or more photons, each of which could individually go straight through the silicon unhindered, and only when they arrive together, they get absorbed. The first photon acts like a switch – its presence or absence determines what will happen to the others. The second photon must be almost simultaneous with the first, meaning that the intensity of the beams must be high.

The researchers tried using THz photons instead of the infrared photons used in all previous attempts and found that they could get switching with thousands of times lower intensity than ever before.

Professor Ben Murdin from the University of Surrey told Phys.org "It's just like when Wile E. Coyote is chasing the Roadrunner and goes off the edge of a cliff – there's always a moment before physics wakes up and realises he has too much potential energy and he falls.
During this 'coyote time' (as gamers call it) sometimes something else can take effect like a rocket or a stone or a jump. That's exactly how Heisenberg's Uncertainty Principle works here – there's a little bit of 'coyote time' after the first photon hits in which the molecule doesn't know what energy it's supposed to have, but the more energy it tries to ignore the less the coyote time available.

"We found that with terahertz light silicon's coyote time is much, much longer, meaning this kind of photon switch is far more efficient than anything else. The results show that silicon may have a completely new lease of life, providing new ways to control information with light rather than electrical current, meaning far faster computers and higher bandwidth communications."

Last modified on 28 February 2018
Rate this item
(0 votes)
More in this category: « Germans to make fast broadband a right Gates says that cryptocurrency is technology which kills »
back to top