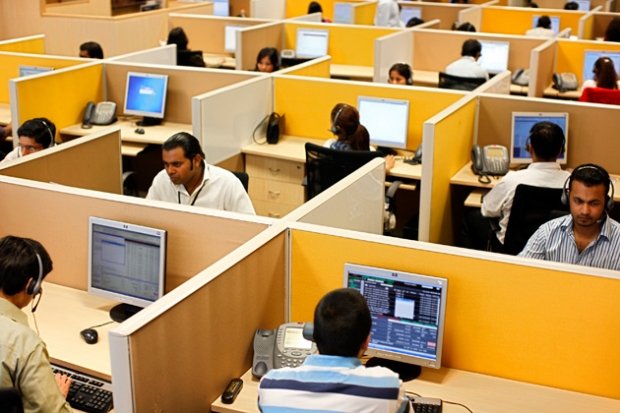 India’s software services exports will see revenue growth of 7-9 percent in constant currency terms in the fiscal year to March 2019 after one of its worst years ever.

The forecast, which was released at the annual summit of the National Association of Software and Services Companies (NASSCOM), is in line with the 7.8 percent revenue growth it expects in the six months to the end of March 2018.

The country’s $154 billion information technology sector has been buffeted by a broader slowdown in technology spending, while uncertainty looms over work visa rules in the United States, the key market for Indian software services firms.

Surprisingly, though, President Donald Trump has not made any drastic changes to the H-1B visa program, widely used by Indian companies to bring engineers and developers to the US, so that did not cause many problems.

Executives at the summit in the southern city of Hyderabad, fast rising as a competitor to traditional IT hub Bengaluru, were optimistic the sector could weather the current uncertainty by moving from low-margin businesses such as server maintenance to more sophisticated work such as artificial intelligence (AI).

NASSCOM President R. Chandrashekhar said that the mood was now one of cautious optimism.

“There is still some turbulence, and it is not clear how some of the known uncertainties will play out. However, FY 2019 is likely to be a better year, based on our current assessment.”

Major companies such as Infosys and Wipro have posted improved earnings in the January-March quarter, and IT executives in Hyderabad also expressed optimism about a continued recovery as the sector diversifies into more lucrative digital segments such as cloud computing and big data.

The IT sector added 100,000 new jobs in the current fiscal and expects a “similar trend” in hiring to continue in the year to March 2019, Chandrashekhar said, as the industry pivots to new offerings.

Finding fresh talent to work on AI-driven solutions could be a key constraint.

“There is limited talent available in this space, and to me that’s the No.1 challenge today, across the industry”, said Vivek Agarwal, global head of enterprise verticals at Tech Mahindra.

Last modified on 21 February 2018
Rate this item
(0 votes)
Tagged under
More in this category: « North Korea widens its hacking net D-Link has two new wi-fi cameras »
back to top