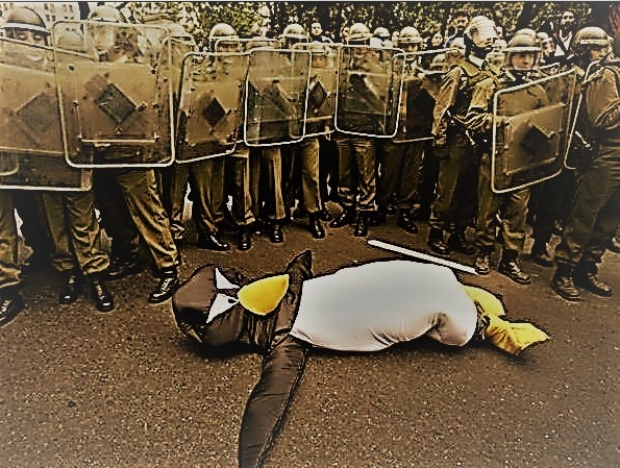 What do you do when your poster-child is killed off?

One of the greatest Linux desktop flagship projects is going to be killed off by Munich city council because it costs too much.

For years, Munich’s move to replace Windows machines with Linux desktops has been the poster child for cost cutting by getting away from expensive proprietary software.

Now after spending millions on the switch, Munich now opposes the use of Linux and claims it is more trouble than it is worth.

"Today, with a Linux client-centric environment, we are often confronted with major difficulties and additional costs when it comes to acquiring and operating professional application software", the city council told the German Federation of Taxpayers.

Running Linux will prove unsustainable, suggests the council, due to the need to also keep a minority of Windows machines to run line-of-business software incompatible with Linux.

"In the long term, this situation means that the operation of the non-uniform client landscape can no longer be made cost-efficient."

Since completing the multi-year move to LiMux, a custom-version of the Linux-based OS Ubuntu, the city always kept a smaller number of Windows machines to run incompatible software. As of last year it had about 4,163 Windows-based PCs, compared to about 20,000 Linux-based PCs.

The assessment is at odds with a wide-ranging review of the city's IT systems by Accenture last year, which found that most of the problems stem not from the use of open source software, but from inefficiencies in how Munich co-ordinates the efforts of IT teams scattered throughout different departments.

Dr. Florian Roth, leader of the Green Party at Munich City Council, said the review had also not recommended a wholesale shift to Windows.

"The Accenture report suggested to run both systems because the complete 'rollback' to Windows and MS Office would mean a waste of experience, technology, work and money", he said.

The city's administration is investigating how long it would take and how much it would cost to build a Windows 10 client for use by the city's employees. Once this work is complete, the council will vote again in November on whether this Windows client should replace LiMux across the authority from 2021.

Tech Republic said that a taxpayer's federation post urged "Penguin, adieu!" -  while also admitting that returning to Windows "will devour further tax money in the millions.
The federation's post also makes no mention of the licensing and other savings achieved by switching to LiMux, estimated to stand at about €10 million."

Last modified on 17 October 2017
Rate this item
(0 votes)
Tagged under
More in this category: « Security experts warn against Kaspersky Tech outfits only interested in serving the rich elite »
back to top