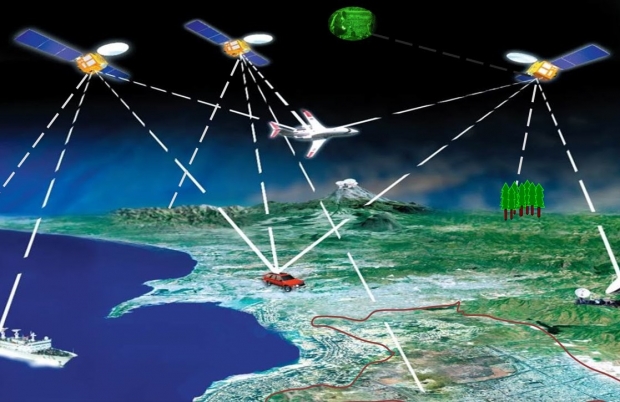 The ION GNSS+ conference heard that the chip works in a city better and consumes half the power of today’s generation of chips.

Dubbed the BCM47755, it has been included in the design of some smartphones slated for release in 2018, but Broadcom would not say who has deployed it.

GPS and other global navigation satellite systems (GNSSs), such as Europe’s Galileo, Japan’s QZSS, and Russia’s Glonass, allow a receiver to determine its position by calculating its distance from three or more satellites.

All GNSS satellites—even the oldest generation still in use—broadcast a message called the L1 signal, which includes the satellite’s location, the time, and an identifying signature pattern. A newer generation broadcasts a more complex signal called L5 at a different frequency in addition to the legacy L1 signal.

The receiver essentially uses these signals to fix its distance from each satellite based on how long it takes the signal to go from satellite to receiver.

Broadcom’s receiver first locks onto the satellite with the L1 signal and then refines its calculated position with L5. L5 is superior in cities, because it is much less prone to distortions from multipath reflections than L1.

In a city, the satellite’s signals reach the receiver both directly and by bouncing off of one or more buildings. The direct signal and any reflections arrive at slightly different times, and if they overlap, they add up to form a sort of signal blob. The receiver is looking for the peak of that blob to fix the time of arrival.

L5 signals are so brief that the reflections are unlikely to overlap with the direct signal. The receiver chip can simply ignore any signal after the first one it receives, which is the direct path. The Broadcom chip also uses information in the phase of the carrier signal to further improve accuracy.

Manuel del Castillo, associate director of GNSS product marketing at Broadcom, said that it is only recently that enough L5 satellites had been in orbit. Now there are 30, counting a set that only flies over Japan and Australia.

Even in a city’s “narrow window of sky you can see six or seven, which is pretty good", he added.

Last modified on 25 September 2017
Rate this item
(0 votes)
Tagged under
More in this category: « Spanish censor the net Apple now getting bad reviews »
back to top