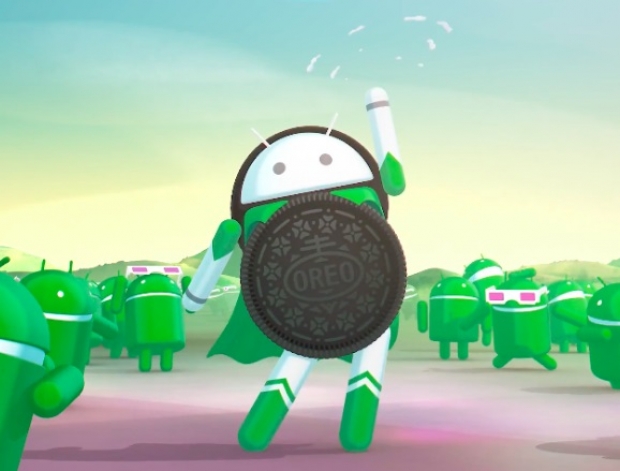 What is that which is coming out of its hands?

Google has decided that its next version of Android, codemamed Android O, will be named after an addictive biscuit which is packed full of things you should not touch.

Google finally announced that the next version of Android will officially be going by the name of Android Oreo.

The Oreo hit the headlines in 2013 when researchers at Connecticut College designed a rat maze with injections of cocaine at one end and Oreo biscuits on the other. The rats spent an equal amount of time on both sides because the part where the cookies activated significantly more neurons in the rats’ brains than cocaine.

While this might be great for Google’s Android success, Oreos do it with a mix of high fructose corn syrup, soy lecithin, vanillin and calcium phosphate.

The corn syrup is at least as addictive as cocaine according to one study, but it leads to conditions like obesity, diabetes, erectile dysfunction and cardiovascular disease. Soy lecithin – which is processed soybean extract, leads to bloating, diarrhea, skin rashes, nausea, stomach pain and behavioural abnormalities.

Vanillin provides allergic reactions, digestive disorders and migraines. Studies have found that calcium phosphate as a food additive poses health risks. The largest of those risks is damage to the blood vessels.

Ironically if you Google Oreo, this is the sort of material you find. It seems however that the search engine outfit either did not do that otherwise they might have thought Oreo might not have been such a hot name for a phone OS.

Google also showed off the official statue for the new Android OS, as it does with every latest version. At a press event in New York City, which coincided with the total solar eclipse in the United States, Google unveiled a superhero-themed statue of an Android Oreo mascot wearing a cape.

Along with the name, Google also announced that Android Oreo is available today via Google’s Android Open Source Project. OTA rollout is expected to arrive first to Pixel and Nexus devices, with builds currently in carrier testing.

Last modified on 22 August 2017
Rate this item
(0 votes)
Tagged under
More in this category: « Assange rushes to defend Trump staring into the sun Foxconn to build LCD factory in US by 2020 »
back to top