Oculus drops the Rift and Touch down to US $399 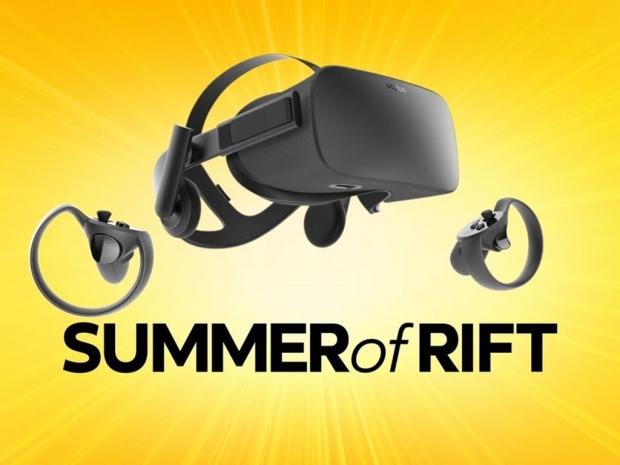 Oculus has dropped the price of its Rift and Touch bundle down to US $399 as a part of its limited time Summer of Rift deal.

While it has only been a few months since Oculus dropped the price of the same bundle down to US $598, Oculus has decided to make another, limited time, price drop. Called the Summer of Rift deal, this limited time allows you to buy the Oculus Rift VR headset, Touch Controllers as well as Xbox One controller, remote, necessary cables and seven free game titles, including Lucky's Tale, Medium, Toybox, Quill, Dead and Buried, Dragon Front, and Robo Recall, for a special price of US $399.

The same deal is available in the UK as well, where Oculus and some other retailers/e-tailers, like Overclockers.co.uk, offer the same bundle for £399. If you come from some other country in Europe, you will have to pay €449, at least directly from Oculus.

During the same Summer of Rift event, Oculus also plans to announce some new titles as well as offer significant deals on games, all leading to Oculus' annual developer conference, Oculus Connect 4, scheduled for October.

We are not sure how long will this deal last, but if the earlier price was a bit too much for you, this might be the perfect time to buy the Oculus Rift as we doubt it will get any cheaper.

Last modified on 10 July 2017
Rate this item
(0 votes)
Tagged under
More in this category: « Taiwanese manufacturers show strong June growth Rambus up for sale »
back to top