Oculus inventor creates a headset that will kill you 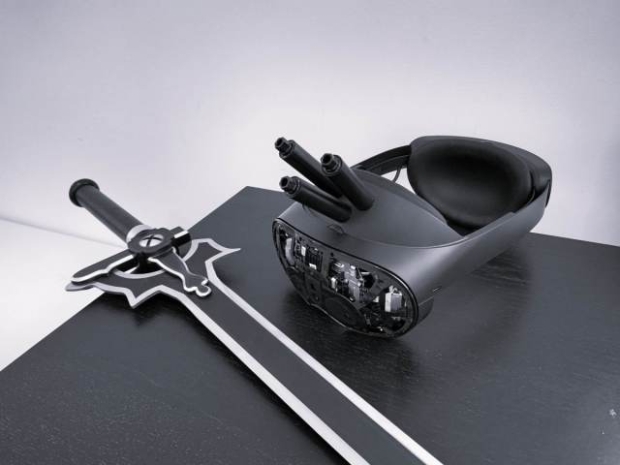 You have to ask yourself... do you feel Luckey punk?

Palmer Luckey, founder of Oculus VR and creator of the Oculus Rift, has designed a new VR headset -- which can kill you if you die in the game.

The headset is based on a concept found in the popular light novel and anime series Sword Art Online. The plot involves a massive multiplayer online role-playing game in VR, which is played using a headset called the NerveGear. A number of players get locked into the game and the NerveGear can't be removed whilst a player is still online. And it'll kill a player in real-life if they die in the game.

Luckey apparently thought "why not?" and issued his own version of this headset, named the OQPNVG, in a blog post on 6 November, to coincide with the day the events of Sword Art Online begin.

Luckey's own interest in the series meant that, and, somehow, the next logical step was to create a real-life version of the NerveGear.

"The idea of tying your real life to your virtual avatar has always fascinated me," Luckey wrote.

According to Luckey, "only the threat of serious consequences can make a game feel real to you and every other person in the game". The OQPNVG uses three explosive charge modules mounted to the headset rather than a microwave emitter like its fictional counterpart. When fired, the charges will destroy the brain of the user.

Luckey's OQPNVG has a ways to go before it can be considered a "true" NerveGear. It is incapable of supporting a fully interactable VR world like that of Sword Art Online's. However, that is perhaps the least critical issue with it.  The big one being that it kills you.

The OQPNVG has not been tested out because Luckey didn't feel lucky. Apparently, he hasn't drummed up the courage to put it on thanks to a "huge variety of failures that could occur and kill the user "at the wrong time."  Is there ever a right time to be killed?

Last modified on 09 November 2022
Rate this item
(0 votes)
Tagged under
More in this category: « Microsoft invests in another gaming outfit EU to investigate Microsoft's Activision Blizzard deal »
back to top